Needless to say, that if you’re read the title and know anything about American Geography – you know it’s been a LONG day for Sara, Sophie, and me. Whew!!

Last night’s adventure landed us that the original Little America motel in Lyman, Wyoming. After a 8 hour coma, we were awake and ready to start the day… And we did, with a gorgeous sunrise over I-80. 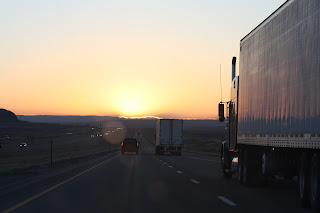 It wasn’t a bad start to the day. 12 hours of driving later, we might say that the day began to drag a bit.
With all of that time in the car, there was much need for the stretching of legs, running of the crazy dog, and well gandering at the Cabela’s World Headquarters in Sidney, Nebraska. Oh, did I mention we made it all the way to Lincoln today – not gonna lie I’m impressed with our skills.
So the doggie mama and the dog got some fun time in wrestling around on the Cabela’s grounds, and we walked the pond so nicely laid out for all those outdoorsy devotes who flock there from who knows where. 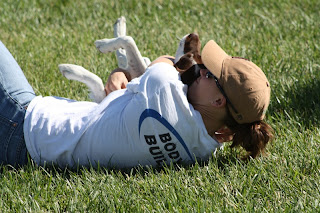 After a good stretch the drive resumed until reaching the town home to an original Pony Express station. Flying through the post and the town so quickly, has made my absent mind absenter, leaving me to forget the name of the actual town…but I do remember it had a G, ended in “Burg” and was Swedish in nature.
A long day in the car will do that kinda thing to ya.
But I didn’t forget to take a few pictures along the way. 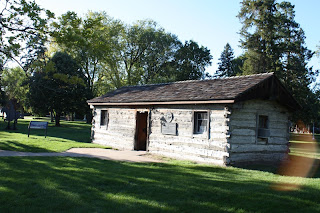 Imagine the gumption of those wirely, nee crazy Pony Express riders, covering 100 miles at a time, with each horse lasting 10 miles at a run. We, in the 21st century have clearly become chronically wosey and lazy.
Along the way there were these little havens, for a few minutes rest, reloading and rehorsing.
It isn’t such a much, but for a tired old (crazy) soul, it was at least civilization. 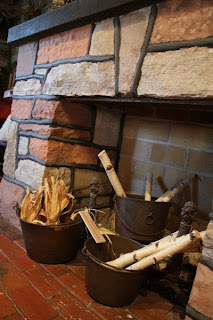 With at least a hearth, it could somewhat feel like a “home”, despite the incredibly brief (minutes long) stays. Or, if not a home, a place of familiarity that you knew you could count on for a little warm and maybe some food. 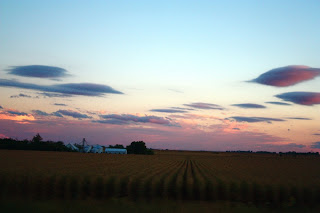 So now, we arrive 12 hours later – in Lincoln, Nebraska. Despite the fact that we have spent the last 12 hours in the car, sitting on our duffs, we are exhausted… 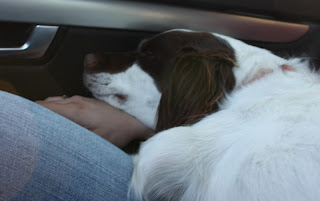 ALL of us.
But tomorrow, we will head off again – to Indiana. (calculate that distance and see what you come up.)
This site contains affiliate links, if you make a purchase through them, we receive a small commission.
Recipes