Bring summer back with a jar of sunshine in this low-sugar grapefruit marmalade. It’ll pucker you up, in a good way! 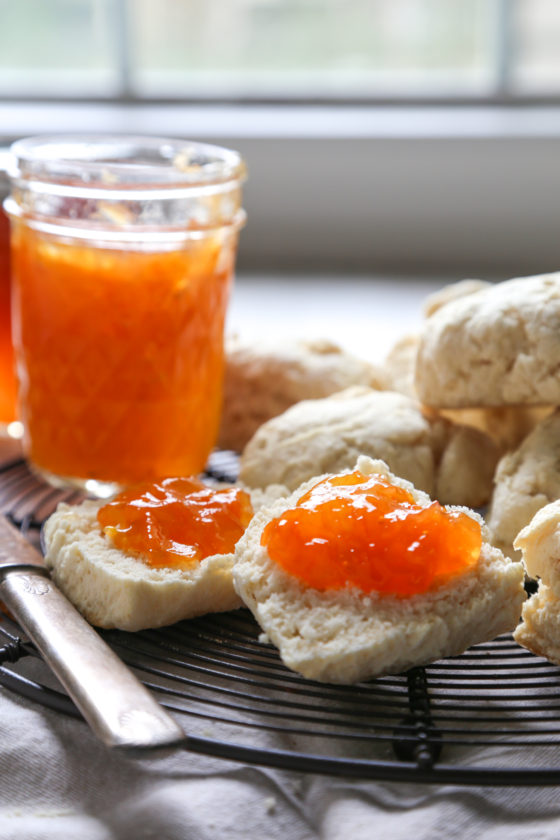 This ain’t yo’ grandmama’s marmalade, friends. This one will pucker your puss and start you day with an extra ray of sunshine.

I’m not stranger to what my best friend calls “old people food”. If there is a prune in a cupboard, I will find it. Tapioca pudding in the fridge, I’m there. And traditional orange marmalade has always felt that way to me too. Mostly because it’s what I always associate grandparents putting on their toast in the morning. As a kid I didn’t particularly like it – the bitter factor. But now, my more educated palate (lololol) is kind of fond of it!

But we switched things up a bit with grapefruit instead. Grapefruit has always had a bit of a significance in our family, because of one adored great uncle. So this recipe was a bit of an homage to him. 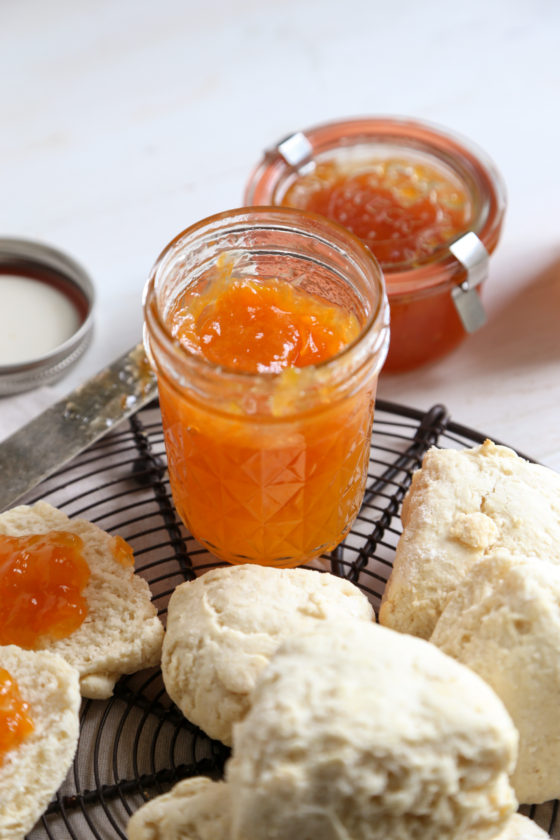 Uncle Bill was without fail, the smartest guy we knew. An endless seeker of education, a WWII blimp navigator (I know, right?!), traveler extraordinaire, tennis player well into his senior years, teacher of card tricks, and sender of grapefruits and oranges.

Every year without fail, our family received a box of citrus from the great state of Florida. Sometimes grapefruits, usually oranges. Never having liked grapefruit as a kid, I avoided those particular orbs like the plague, but now I’m somewhat fond of them. Perhaps for no other reason than the memory of Bill. 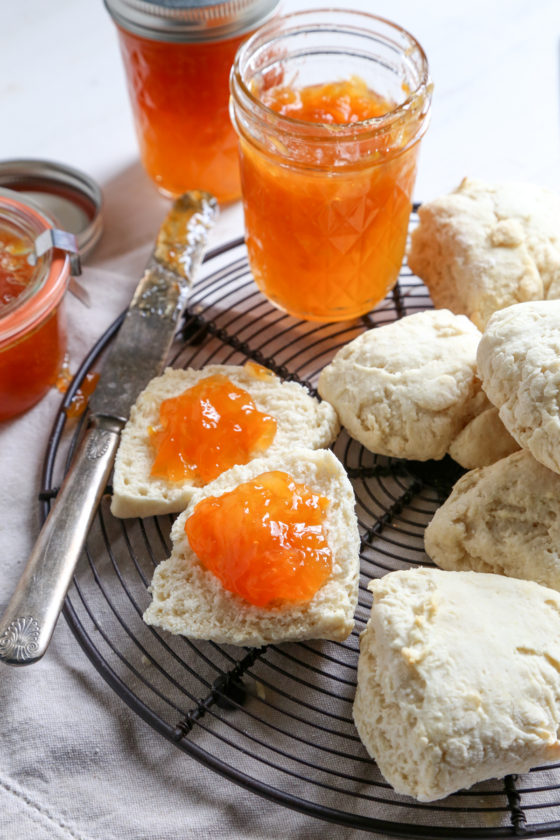 My mom had dropped off several grapefruits, leaving me with an expression akin to Edith Bunker and spouting  “What am I going to do with all this Paella?” to poor Ben. So how else do you adios something in a hurry? Can it.

And so I did. I found a recipe for a low-sugar orange ginger marmalade in my BHG Canning magazine, but decided to substitute the grapefruit for the orange, and well, add a little less ginger. It called for A LOT. I made a note in the recipe, that if you would like to add the additional ginger, by all means do. I didn’t. Instead, add 1/2 cup extra sugar to the recipe. 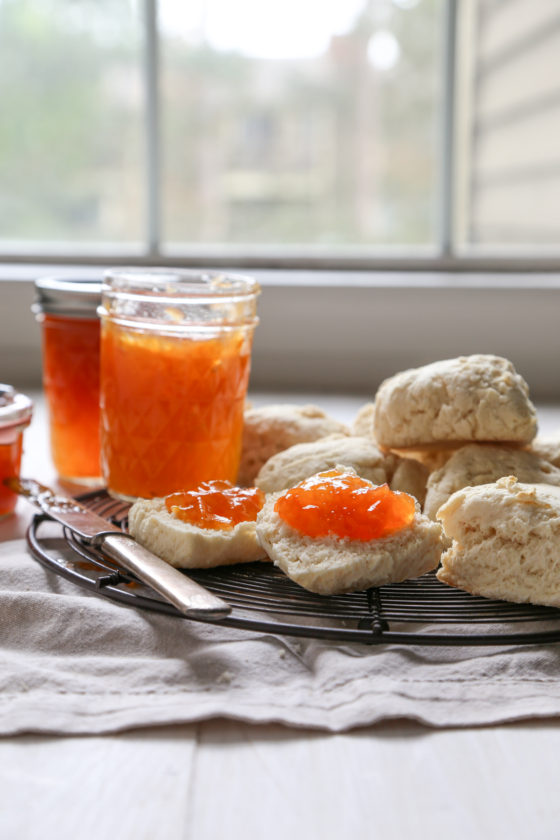 I hope Bill would be proud of this recipe. I probably should have added a vodka on the rocks to my canning adventure, to really do it in Bill fashion.

Hi, yes I’m still here. Just a little distracted lately. But hopefully (she says with fingers crossed and a worried expression) that will behind me. It’s not that I haven’t wanted to post here in the last few days (*cough* two weeks*cough), but I’ve been traveling. And working. And cooking more in a three day holiday weekend than I ever thought possible. All for good and exciting things, of course. Hopefully, two things of which I can tell you about in the coming weeks!

Try more canning this summer. It’s a great way to preserve the season for months to come! 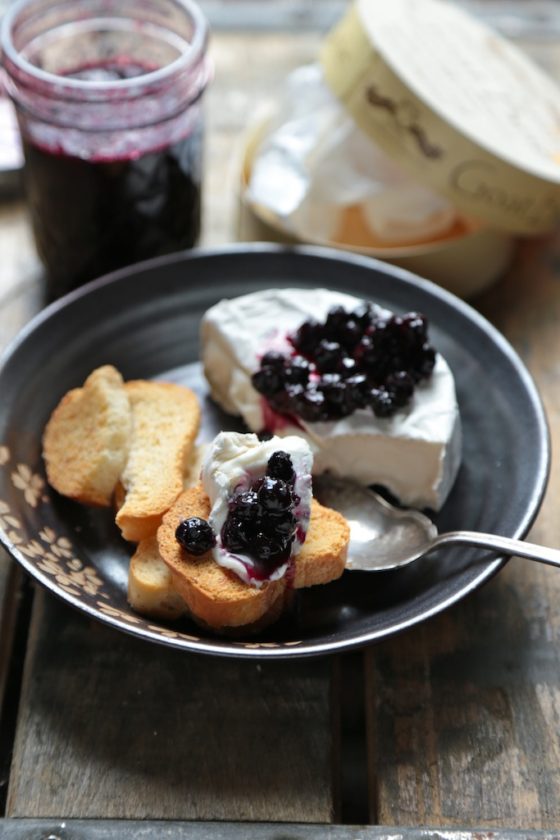 Try these other jams, too!! Bacon Jam from Foodie with Family, Strawberry Freezer Jam from Nutmeg Nanny , and Apricot Jam from Taste and Tell.

This site contains affiliate links, if you make a purchase through them, we receive a small commission.
Breakfast Canning Fruit Homemade Recipes