by Megan on August 21, 2011 40 comments »
Summer is finally here in Seattle. *Hallelujah!*
The blackberries are ripening and we now we are enjoying weather that includes sunshine and temperatures above 60! Hopefully this doesn’t come off as braggy to the rest of the nation reeling from the heat and ready for winter, let alone fall, to take over – but it’s just been a particularly chilly and un-summery summer here, so us here Seattleites are just going to take what we can get and run with it.
Since the blackberries are becoming plump and oh-so-deliciously juicy I wanted to make something that captured everything summer had to give and not be so heavy as to weigh you down in the heat.
Here is where I turned again…begin to roll your eyes ’cause you know what’s comin’, to ATK. I swear I’m not vying for a sponsorship from them or a lifetime subscription to their magazine, but when in doubt they are the resource I turn to most frequently.
Today’s selection was from the Complete Series Cookbook and the magazine I will be giving away “ATK Healthy Kitchen”, where I plucked out the Summer Berry Pie.
Perfectly summery, not sickly sweet and best of all – it’s not meant to be baked. 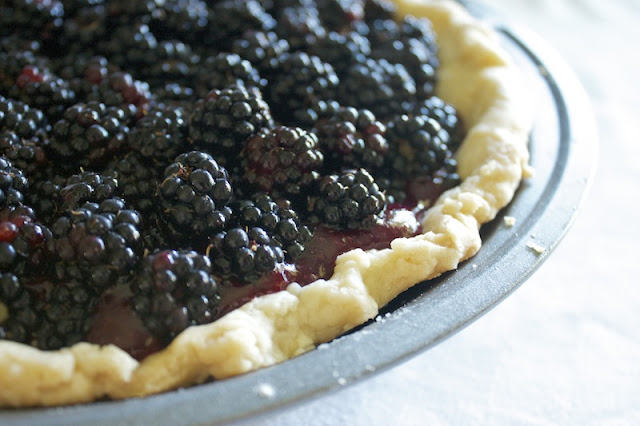 Actually, let me rephrase. I substituted the original graham cracker crust with the Perfect Pie Crust from Miss Ree, since I had one ready and waiting in the freezer. Let’s note – I’m just to lazy to make a whole new type of crust when I had one ready to go. Gosh, those really are handy to just keep on hand for such occasions. 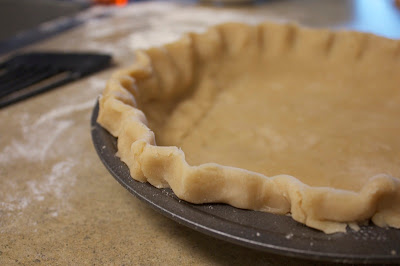 Since this was a “no-bake” pie, and I made the executive decision to use a baked crust, I wanted to pre-bake it so that the filling would slip right in and it’d be done. I rolled it out, mashed it into my non-stick pie pan, untidily crimping the edges and baked the bad boy for 30 minutes at 350 degrees. 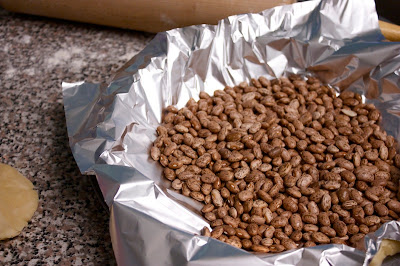 For the first 15 minutes of it, I placed a square of foil over the dough, and weighted it down with a cup and a half of pinto beans. I’m to cheap to buy pie weights, so no judging. The second half of the baking time, I removed the foil and let the bottom of the crust brown up. 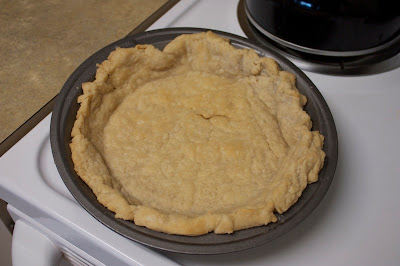 Told ya it was an untidily crimped pie crust…
While the crust sat aside to cool, I broke out the immersion blender and a boat load of blackberries. ATK’s Summer Berry Pie calls for a total of six cups of berries, 2 blueberry, 2 raspberry and 2 blackberry. Not having blueberries or raspberries, and being to lazy to go to the store, I opted for just a blackberry version of this delectable beast. 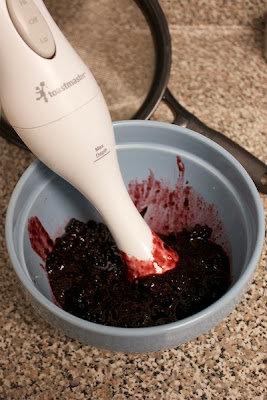 In a deep bowl, I pureed 2 1/2 cups of blackberries. When all of the chunks were gone, I poured the mixture into a sieve over another bowl, stirring the contents around and pushing the juice through until only the seeds and skins remained. 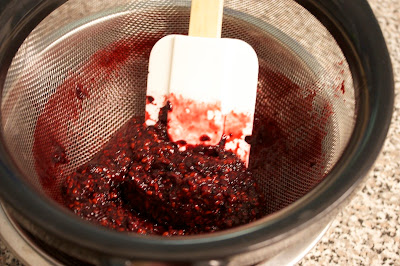 Into the puree mixture went 3 tablespoons of cornstarch and 1/2 cup of sugar. With a good whisking around the bowl, it was ready for the stove. Now, although this is a no-bake pie, there is a little cooking involved – but these steps are imperative, so make sure not to skip them. 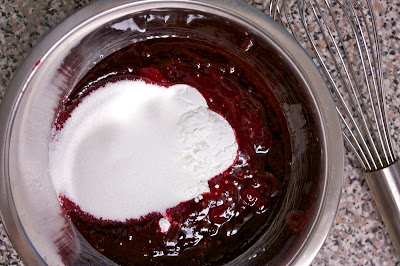 The bowl of blackberry puree, cornstarch and sugar was added to a small saucepan and whisked over medium heat until it thickened to the consistency of a pudding. When it reached that state, I let it cool on the counter until just warm as ATK said to do. 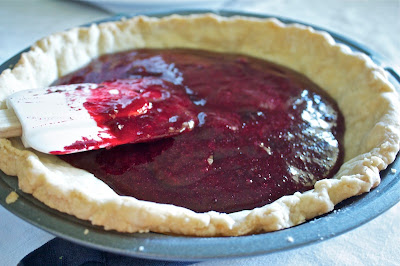 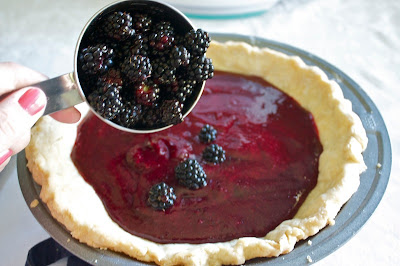 Here I topped it with the remaining 3 1/2 cups of fresh blackberries I’d picked. Pressing them down lightly into the sauce at the bottom it was complete and ready for the fridge and a final set. Oh, the excruciatingly slow passing of time!

When it’s all said and done, it’s a “technically” no-baked flavorful delight that doesn’t weigh you down, or heat up your house to an unbearable temp comparable only to having an exploding star consume your house.
And if you use the graham cracker crust as specified, (I was just to lazy and used a dough readily available.) – it will be even more “no-bake” than now. Either way – just make the pie, you won’t regret it.
PRINTER FRIENDLY RECIPE
Now for the good stuff. 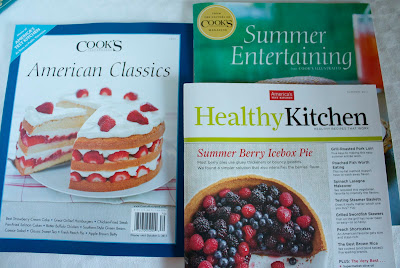 Above I mentioned that I’d be giving away a copy of ATK’s Healthy Kitchen magazine and no, don’t worry I wasn’t just joshin’ ya around.
To enter:
Leave me a comment telling me what your favorite dessert is.
It doesn’t have to be pie – let your imagination run wild! Is it your favorite childhood dessert? Or something you only tried once and can’t get over it no matter how hard you try?
For additional entries:
~ Find me on Facebook, “like” the page and leave a comment telling me ya did so.
~ Follow me on Twitter, and leave a comment telling me ya did so.
~ Retweet or post about the giveaway and tell your friends. Just don’t forget to leave a comment telling me ya did so.
That’s five possible entries for an awesome magazine from the people who test, re-test and test again every recipe known to man just to make sure it’s fool proof every time and we don’t beat out heads into the wall agonizing over it ourselves. Culinary angels, they are.
This giveaway will end Friday, August 26th. So hurry and enter, a week will go by quite quick.
Good luck!
*Obligatory Author’s Note: I’m furnishing the copy of ATK’s Healthy Kitchen, because who am I kidding I love them and buying magazines, so why shouldn’t I spread the love and share it with you fine fans?*
This site contains affiliate links, if you make a purchase through them, we receive a small commission.
Recipes

40 comments on “Summer Berry (Icebox) Pie and a GIVEAWAY”