Some Good Country In Western Washington

This weekend was the Miranda Lambert concert in Seattle. Now I love her music, and she’s got some serious spunk. A real redneck, who loves her guns, her booze, her pink guitar and who isn’t some stick figure singer that’s been Auto-tuned from here ’til Tuesday.

But you wanna know who loves her more? Ben.

Not realizing that the concert was going to be OUTDOORS, we were only somewhat prepared with light jackets. It’s August in Seattle, although it rains quite a bit here in the spring, and fall and winter – but it is afterall, Summer. It is, I swear!! Thankfully the wonderful people at the Casino provided all concert goers with plastic ponchos that we would require whilst spending three hours in the pouring rain. Whew. 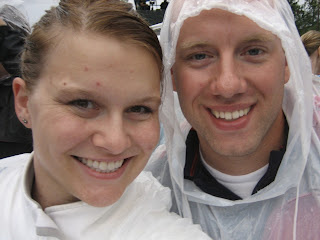 So – back to my original point – tickets to the concert are what I got him for our two year anniversary, Tickets to go oogle his imaginary country star girlfriend for three hours. He was the happiest kid on the face of the earth. But I was not short of happy myself – because Keith Anderson was opening for her. Ben just rolled his eyes as me and hundreds of other women who swooned and all but slid off our chairs while he sang. A few (Huge) bras flung on stage later, and his show was over. 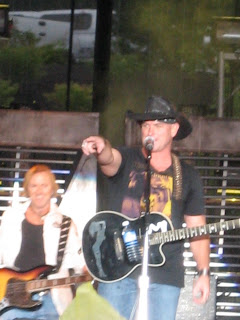 Then, of course, the crowd Really went wild when Ms. Miranda came and lit the place up with her wonderful voice and her lovely pink guitar. 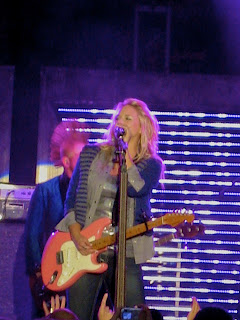 She wowed the crowd with her tops hits, songs from her past and current albums, and a few classics, including a little Patsy Cline. 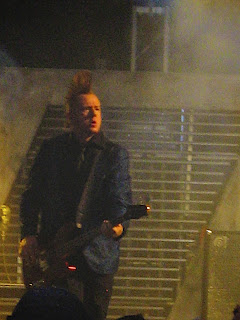 Her band was great, mohawks and all!! These guys aren’t fakers of anything, no faux hawks or wannabes need apply. You want country, rock, and independent spirits – you are in the right place. 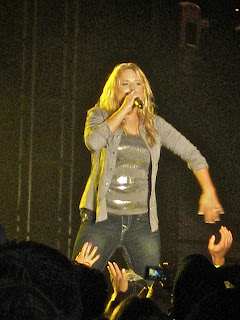 This show was well worth the three hours in the pouring Seattle rain. I’d do it all over again, just to make sure I got my country fix while I’m stuck here in the big bad city.
This site contains affiliate links, if you make a purchase through them, we receive a small commission.
Recipes