1. After the events of this week I, like most of the country I assume, feel like I got the stuffing knocked straight out of me. I’m continually amazed by the grace and fortitude shown by the people of our country after the events of this week, from Boston to my Czech brethren of West, Texas who are holding so firm and strong in the face of insurmountable pain and hurt. We are all thinking of you. Since I’m coping with all the feelings, I figured I’m going to make an devour and entire stack of Boston Creme Pie Pancakes in their honor and for my sanity. Maybe the pain will be tempered by chocolate, carbs and pastry cream.

GiveForward for Pat and Jess

2. Watching my husband pour anything into a cup it torture. It’s almost as bad as him using my knives. That’s a whole ‘nother conversation. He tries to pour it from the highest distance possible – like his coffee this morning. Or Huck’s water. One of these days he’s going to break out a ladder and pour his coffee from the tippy top just to ensure that his beverage is “properly aerated”. Uh huh… He’s worried about aerated coffee when 5 years ago when we started dating he was drinking coffee from tin can.

2. WHaaa?!? The Friends reunion isn’t going to happen?! It made the news this morning as I was sitting down to my Saturday morning cup of coffee. I feel cheated somehow. Way to tease us  and lead us on there Friends! My 90’s girl dreams are no squashed!

3. Huck has been getting particularly pouty lately. After getting turned down from sitting on the couch with mom, he decided to throw a full on 4 year old tantrum. He walked around the coffee table, burrowed under my legs and blanket, picking them up off the coffee table mid way decided to full on FLOP on the ground letting out the most almighty sigh under his new blankie fort. Thus holding me captive on the couch since there was no where for me to step around him. Well played dog.

3a. And then yesterday, he got a bath. Payback sucka! 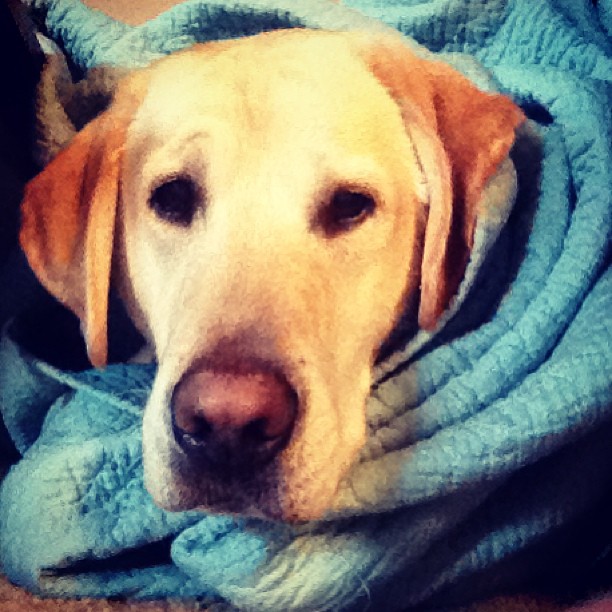 4. A land speed record might have been reached at the department of licensing this week – when it only took me a whopping 25 minutes to get through to get my newly-name-changed license done. And a new picture. I’m happy to report that my face only got a little fatter in the 6 years since I got my last picture done… And no I’m not going to show you. But I did admit to the 10 pounds I gained since the last time I renewed my license. Ladies, is your weight on your license totally true or do you fudge it just a little? I admitted it. Somehow I feel liberated and horrified by it at the same time.

5. It’s mid April and I have been sitting on my hands for a month trying not to go out to the hardware store and buy all the herbs my hear desires. About mid-March every year I want to get my hands dirty in my little apartment garden and plant #alltheherbs but then I remember I live in Seattle. And the weather is like a passive aggressive girl and whatever I plant will die. Like basil. Italian large leaf basil – only the most common variety known to man – dies within like 3.84 days and then I cry, throw a Huck tantrum and have to start over. It only took four years for me to realize that Genovese basil is where it’s at. It LIVEESSSS!!!! So if you hear Frankenstein cackling maniacal laugh-screams and see horror movie lightening bolts – it’s must me planting my basil.

6. Ben has been doing clinicals for the last few weeks and it sucks. So last night while he was clinicalling it up, I was bored, eating my feelings – do you see a trend? – don’t answer that – and my hand was forced by Jess to feed my need for Froyo. And I can’t even get over the passion fruit balls in here. They look like fish eggs, but they’re so much better. K’, that was weird, didn’t make that connection before. They’re going to totally rock your socks off or gross you out, because they’re like little gel balls that burst in your mouth when you bite them and release this tidal wave of juiciness. It’s stupid how much I like them. Giggling like a school girl? Yup, that was me. 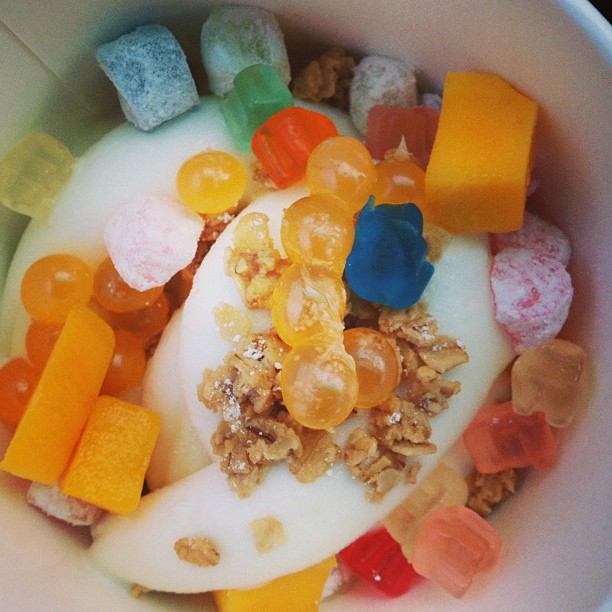 7. Any one else a Doctor Who fan out there? I am just starting on Season 3 and the first episode, but I’m still emotionally wrecked over the season finale of season 2. This might actually be harder for me to get over than the season finale of Downton Abbey. If that doesn’t convey to you how emotionally scared I am right now – I dont’ know what would. It’s killing me. I’m trying to power through, but I need a support group or something.

8. Also, speaking of British television – Mr. Selfridge is a new thing on Masterpiece with Jeremy Piven and through the ENTIRE first episode – I couldn’t stop staring at his teeth. Seriously, CHICKLETS people!! What the heck happened here? For an hour I was questioning whether or not I noticed his teeth like that before, of if he is wearing some caps on those chompers. They’re obnoxiously white and fake looking. It’s alarming.

9. Lastly – I ran out of eye cream last week. And I like to switch things up with face creams and products – I am an American consumer – but when it comes to trying new things, I like it for a while, rave about it and then slowly start to hate it. There are very few products that I can say with certainty that I love for all time – Moroccan Oil? Yes. Mostly I figure it’s all some sort of marketing things and whatever new and improved junk they come up with to package it with I think it crap. But I just got this after running out of my last eye cream and this might actually be a winner. Rolly balls on an eye cream? Please that can’t possibly do anything. Its cold, it de-puffs and is an anti-ager. The rolly things actually feel like little eye massages. So, I guess I’ll keep it. Get back to me when I reach the end of the tube and see if i still like it. 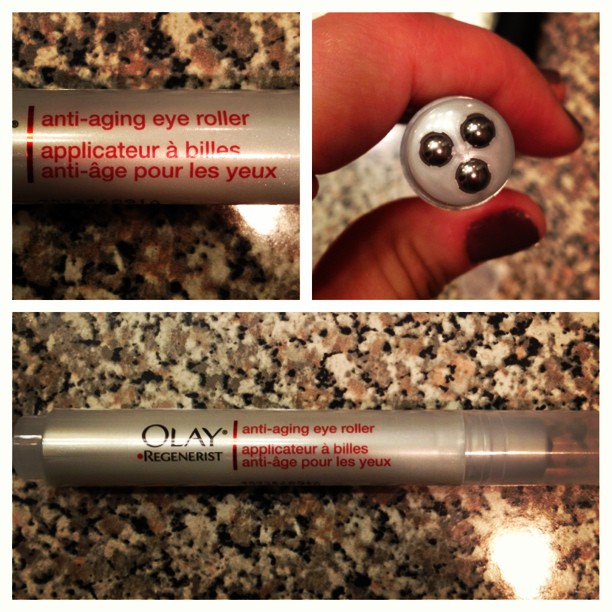 10. Go hug someone today. After this week – we can all use all the love we can get. And a margarita. And caramel sauce.

This site contains affiliate links, if you make a purchase through them, we receive a small commission.
Saturday Stuff