Home » Travel » Weekend Getaway to Victoria BC and the Magnolia Hotel

Weekend Getaway to Victoria BC and the Magnolia Hotel

Want an escape with a little taste of the English isle? Head to Victoria, BC for a quick jaunt! It would be perfect with a stay at the Magnolia Hotel!

Travel can be complicated, but I usually find that picking the place is the hardest part. It’s kind of like going out for breakfast – do you want sweet pancakes or a savory hash? Once you decide that part, the hardest part I think, then it’s all easy. And that’s how I think about travel. When we finally decide if we are going somewhere warm or chilly for our travel, the decision is really easy. Ben and I are apparently strange in that we love chilly destination travel. Luckily for us, our choice of destination was crisp and chilly, perfect for the impending winter, and right across the border in Victoria, BC! 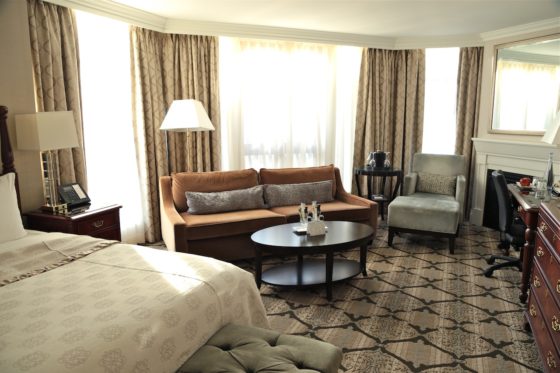 Ben and I chose to stay at the Magnolia Hotel right on the Inner Harbor of Victoria’s downtown, where you are right in the middle of all the action with some of Victoria’s famous landmarks a five minute stroll away. We arrived slightly early, electing to have lunch before we checked in at 10 Acres restaurant. Once we checked in, our first goal was jump on the bed. *Kidding!* But look at this room!! How could you not want to? 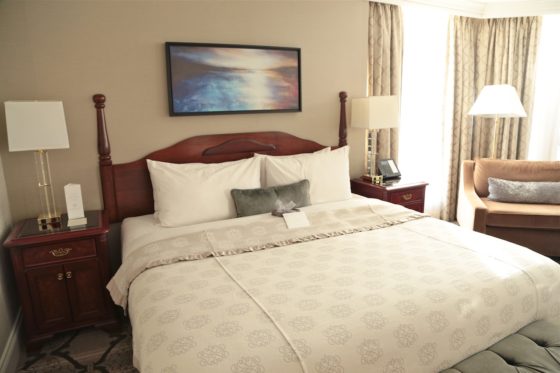 Our friends at Magnolia Hotel ensured we had the most perfect welcome, with Roger’s Chocolates laid out, and their signature turndown service Bailey’s Hot Cocoa ready to go. We did have a fire place after all – and we absolutely used it!

And can we agree that this view from our room is just beyond?! British Columbia’s Parliament building is lit up all year long, and from out room you could see the whole thing sining from downtown. At Christmas, it’s even more spectacular, if that’s possible! 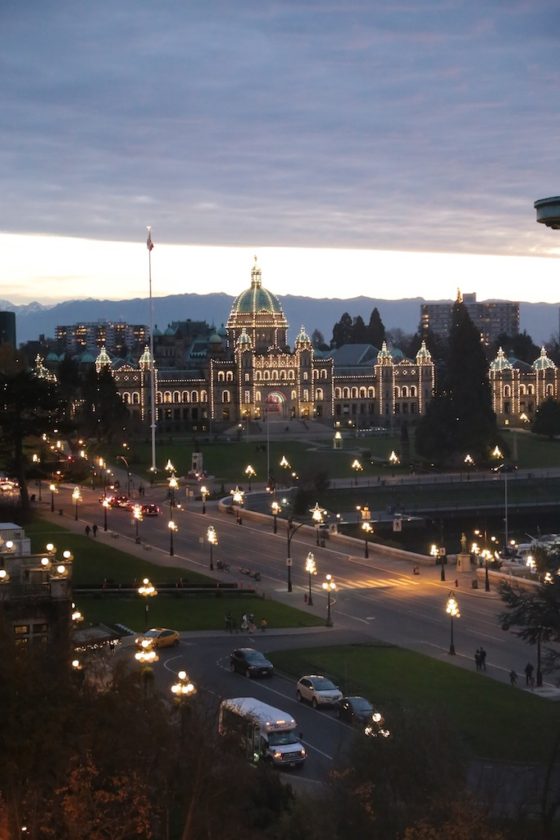 Our first day, Ben and I made our way to the Royal BC Museum to see the history of Victoria and British Columbia. It was just a short 10 minute stroll away, located right next to Parliament. Then we came back to the hotel for dinner at Catalano restaurant. Ben opted for the seafood stew, and I dove head first into the fall dining menu of squash, gnocchi and chicken confit! It was crispy chicken perfection. 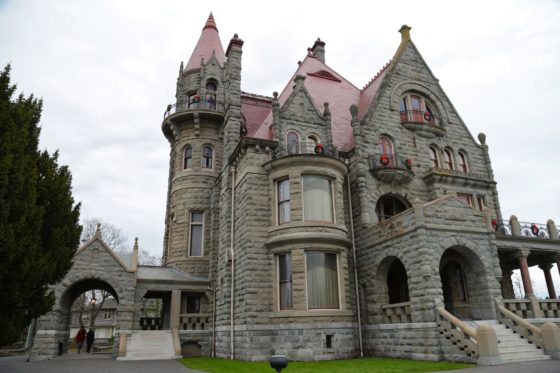 The next morning after a very good sleep, Ben and I stretched our legs, and walked to Craigdarroch Castle, which I can only describe as Canada’s Downton Abbey. The history of this home is intertwined with the rise of Victoria, and it’s been used for so many things, from a private home when it was built, to a music school, a school administration building, and hospital! Now it is a full time museum and we were lucky enough to see it in it’s Christmas glory! Everything was dripping with Christmas cheer. 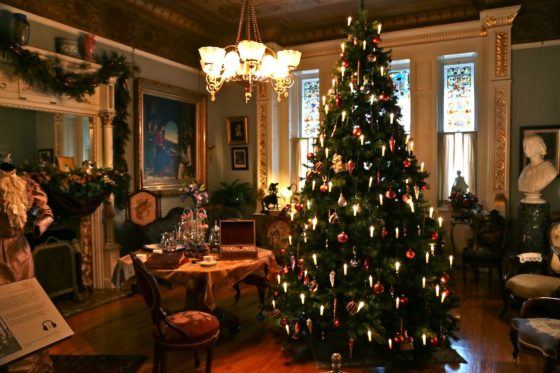 This is the first floor sitting room, and that tree!! The home is rich, and warm, and in this photo I didn’t want to lighten it up too much to give you the real sense that it was dark and cozy. Just like it would have been before electricity came in. Can you just imagine having tea and opening gifts in this room Christmas morning? 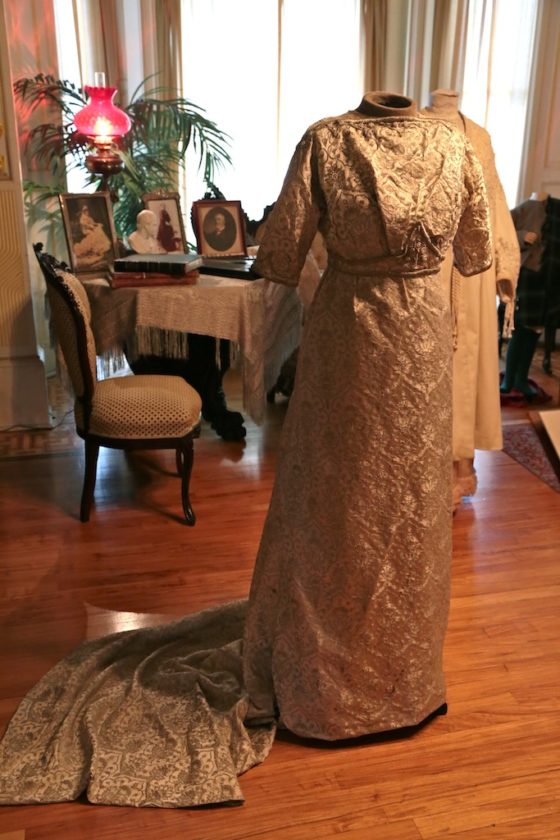 Believe it or not -this  dress is an original! It was worn by one of the daughters who grew up here. Can a dress be called decadent? Because it was.

But with every Downton Abbey-esque home – with an “upstairs” there is a “downstairs”, and you get to see both aspects of operating a magnificent 19th century home. I wouldn’t turn my nose up at the servants rooms though, they were quaint and cozy looking.

Back at the hotel, Ben and I met with the general manager and sales manager to talk travel, food and everything under the sun. They gave me the low down on the hotel’s history, it’s recent remodel efforts, and that they’re Canada’s only Forbes 4-star hotel.  We sat down at the attached Catalano restaurant, chatting, and eating cicchetti – small appetizers – like their over the top, might be my new favorite, pan fried brussels sprouts with pecorino, and pork chitlins that were out of this world. So crunchy!

One our last day, Ben and I walked through downtown and stopped at the local and famous Dutch bakery. Even though we had just had breakfast I insisted on buying baked goods – let’s be honest – and picked three of our favorites to bring with us as we walked back across town to Beacon Hill Park to see the water and take in the seas coming in. 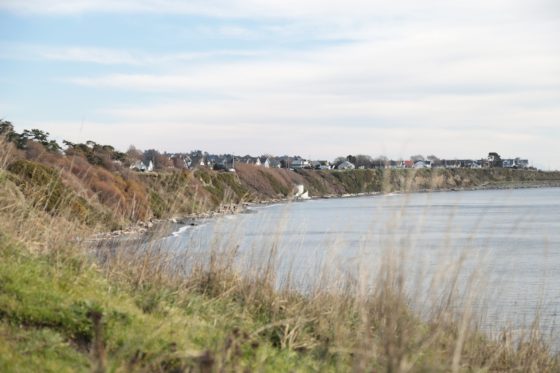 With the bad weather that had kicked up on the water, it ended up that our sailing home was cancelled! Instead we opted for flying home on Kenmore Air. Now I’m not typically one for loving flying… like, at all. But to get home, this was our best bet and I took it. And here’s the thing – I LOVED IT!! No panic attacks, no crying, it was simply stunning. 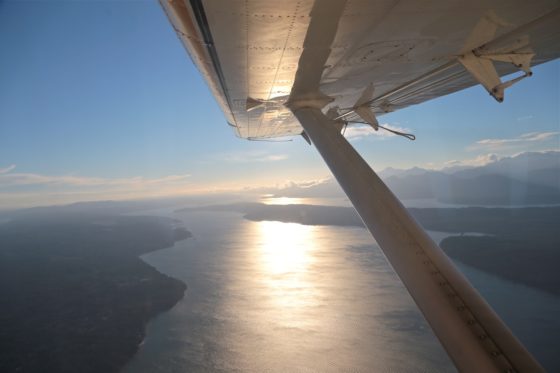 If you follow me on Instagram you could see the video I shot of our take off right from Victoria’s Inner Harbour! And Ben took this photo of the Olympic Pennisula out his window. With the exception of a few bumps along the way, it was mesmerizing! 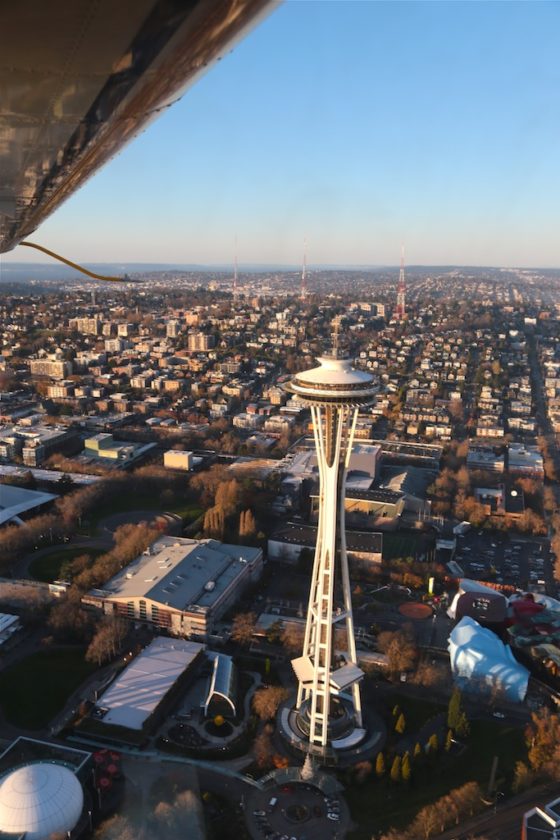 And if you want to see the very best views of Seattle – this is the way to do it. This photo, I’m sorry to say, doesn’t do justice to HOW CLOSE we were to the Space Needle, we could see the people on the observation deck!

Victoria, you were absolutely captivating, and just what two burned out 30-somethings needed. We are so lucky that it is a hop, skip and jump away. It’s so close – but a world away. I can’t encourage you enough to stop in for a visit, and be sure to lay your head at the Magnolia Hotel – and stop in at the spa. Let me know how it is – it looks dreamy! 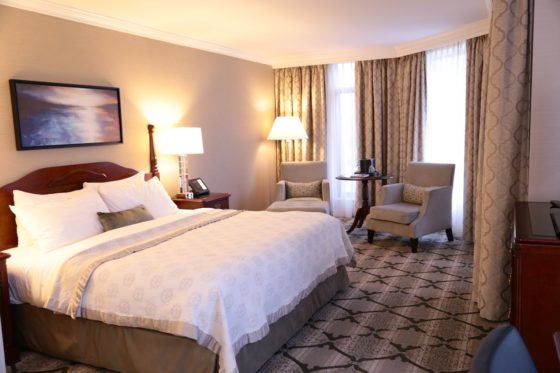 *Fine Print* A Big Thank you to the Magnolia Hotel for allowing us to stay for the weekend. Our stay and meals at the hotel were covered. But all opinions are my own.