Reality has set in. Married are we, back to the daily grind of 4:15 am mornings, Ben being 300 miles away for the remaining three weeks before he starts nursing school, and Huck taking up Ben’s place on the bed – hogging what would normally be Ben’s pillow and mom (ie: me) doesn’t have the heart to boot him to his basket after abandoning him for 12 days.

And by abandoning him I mean he was spoiled like a small child, made a new best friend in Maeby, ate an entire cake himself after a rogue counter surfing incident and completely forgot I existed…

Yup – life is back to the way it always was. Ben and I are home from Alaska and all we got are these ridiulous pictures. I mean t-shirts. Well Ben got a t-shirt. Or two. It would have been more, but after I just made him throw out about half his collection before we left for the wedding, I wasn’t about to let them all pile up again.

Married life – it’s about compromise. Or something. 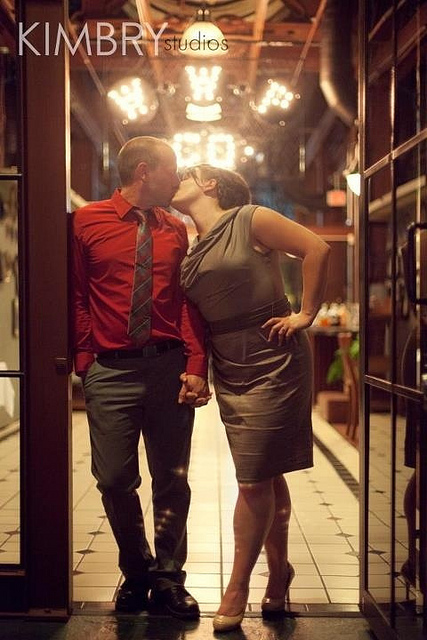 The wedding was wonderful and when I get more pictures you’ll be the first to see them. But here is one teaser that our out of this universe photographers sent the night of our rehearsal dinner. Jaw dropped. In love. Slay me now.

I’m wearing what was the tan version of the bridesmaid dress from the wedding. It can only be compared to the Sisterhood of the Traveling Bridesmaid dress, becasue when Beka and I found them – it fit us both like a glove. And with me nothing but hips and ti…insert inferences here – and her being tall, leggy and a freakin’ bombshell, it was just destined to be “the one” for the girls to wear. And really I wanted to make sure they could all wear these dresses again.

Have you ever worn one of your bridesmaid dresses again? My point exactly. These, we’ve all worn multiple times.

So Sunday morning, we woke up from our post wedding hangover (I had one glass of wine and no cupcakes at my own wedding! Travesty! – it was a hangover of exhaustion, not booze.) and drove back to Seattle to catch our ride on the Norwegian Pearl to the Great White North. 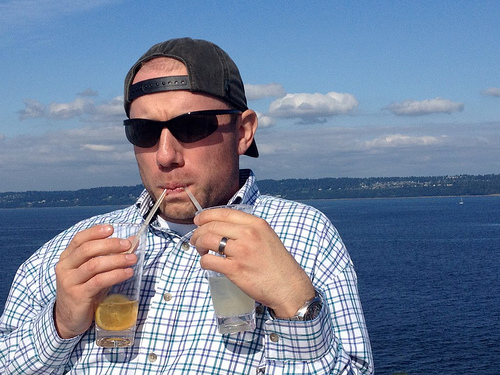 First stop – The bar. Hey! Look at that thing on his hand. Mine, all mine baby! 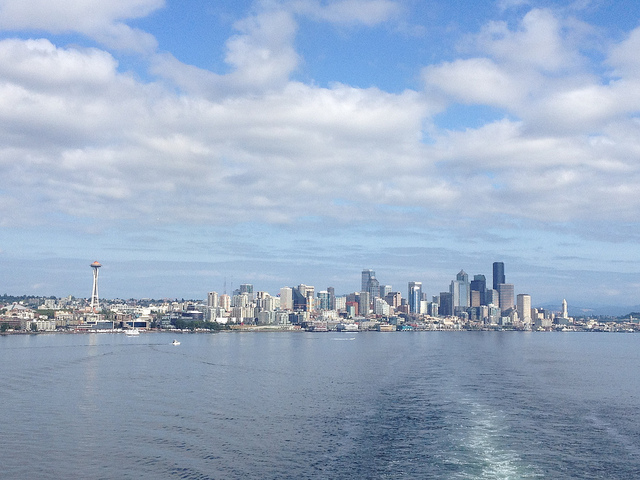 After two days on the boat getting up to Juneau our first stop, we did everything we could and avoided the buffet line unless it was absolutely necessary. Cattle call anyone?

So we snapped pictures with the sunglasses covering the panic in my eyes, worrying that Ben would “accidentally” take the iphone for a swim… 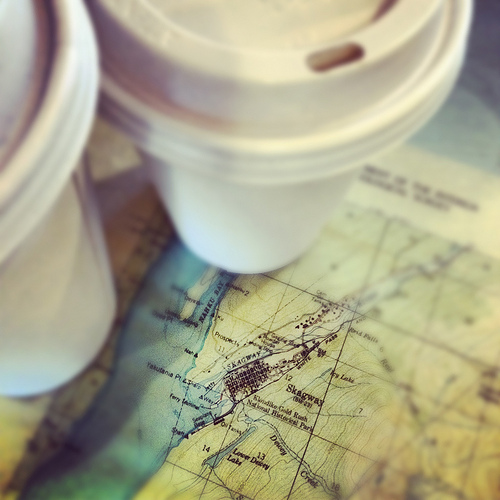 When we reached Skagway, our second stop we were finally able to get a decent cupa’ jo-oh-oh. Coffee on board was the equivalent of watered down dirt in a mug that passed by a coffee grove. Yes, I’m picky. Why do you ask? I’m from Seattle after all. 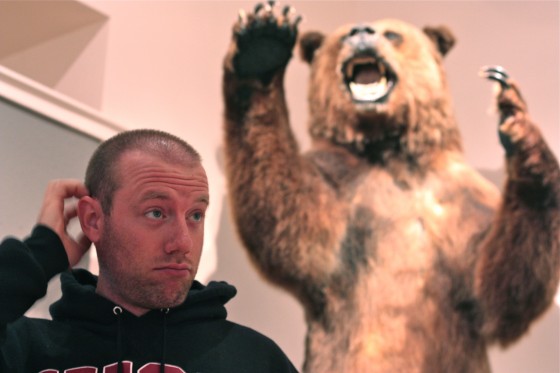 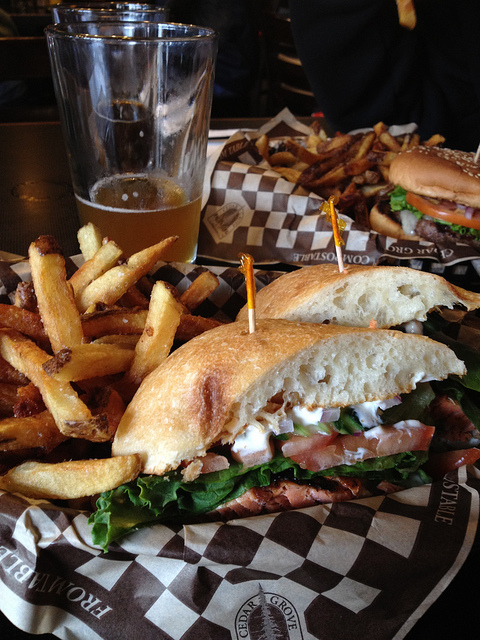 And after meandering the streets of Skagway, dodging angry bears, learning all we could about gold, hookers and avoiding the jewelry shops promoting tanzanite like its the next big gold rush, we stopped at Skagway Brewing Company for a bite, tasting the local noms (a salmon burger for me) and downing lots of beer for the both of us. Trying to savor my burger was a lost cause, because I basically went 3-year old on it, shoveling as much as I could into my pie hole without embarrassing Ben as much as humanly possible. He’d probably say I failed. 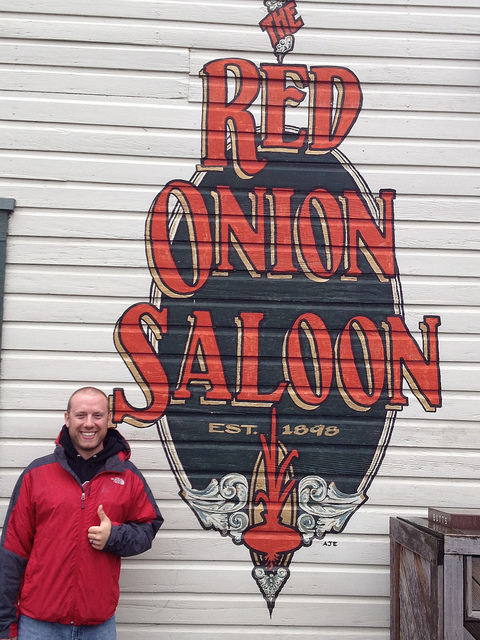 Hooray Hookers at the Red Onion.

Wanna know three things about Alaska? Gold, Salmon and Hookers. That’s all you need to know. After catching Ben sneaking of the back stairs of a local establishment I was seriously thinking that the wedding gift of a new BBQ was severely misguided… 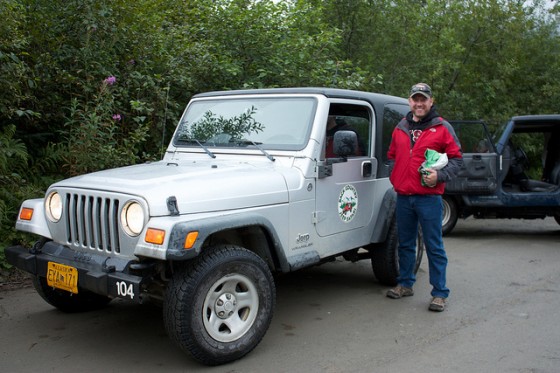 Our favorite excursion of the trip was the jeep and canoe safari in Ketchikan. I almost want a Jeep now. But with my mountain goat of a Civic, I can hold off for a while longer. Don’t laugh. That Civic has gotten me up roads that even some pickups had to be in four wheel drive for. Front wheel drive is an amazing thing. And I felt a certain sense of smugness doing the roads in two wheel drive in this jalopy. 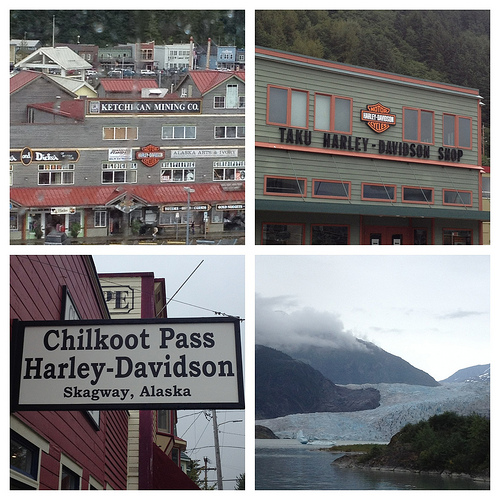 In every town we stopped in we found the obligatory Harley shop. Let’s never mind the fact that Juneau, Skagway and Ketchikan all have about 50 miles of road in each of them. The only way in or out is by plane or boat. But you’ve got Harley shops in each. I guess that really means that eve non that little stretch of road the odds are your Harley will need repairs pretty soon from something fallin’ off… Maybe you should’a bought a BMW? (Sorry – shameless Harley/BMW motorcycle rivalry joke in there…)

And if you didn’t need a Harley shop – you could always stop into the Holy Church of Palin Gift Shop. 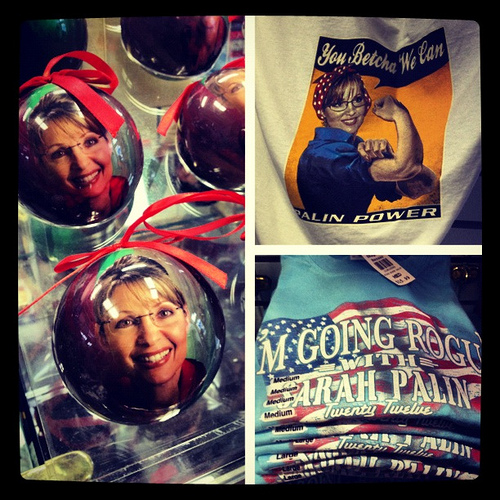 Apparently I’m the devil because everything in my soul was burning after walking in here. I’m not political either way – really. Even with a degree in PS. I just can’t stand extremists of either political party and had to turn on my heels and remove myself from its walls. Anxiety attack? Check.

The last stop of our trip was to Victoria, B.C. Never mind it’s taken me four years to get Ben to hop on over here, an island that’s a three hour ferry ride away, but it was by far the sunniest and hottest day of our trip. A whopping 75. I know, whew!! A heatwave. Or the biggest one since our wedding – where it was 103!!!

And at the Empress hotel you always must remember – Pinkies up at tea time! I don’t think they would have been too keen on our Romeos, and skinny jeans at high tea. Ben thought he got out of it for good – but I’m an elephant. I never forget. Except I can’t remember what I had for dinner two days ago.. 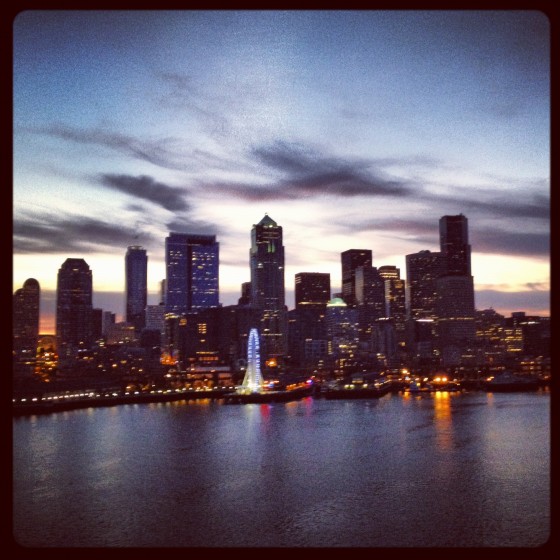 Sunday we were back in Seattle bright and early.

All in all, Alaska was the place to be for our honeymoon. But we are back in reality now – me back to work and Ben 300 miles away for the next few weeks until he starts nursing school. I can’t wait for the rest of our lives to start.

This site contains affiliate links, if you make a purchase through them, we receive a small commission.
Ben Travel Wedding

29 comments on “Honeymooners Go to Alaska”