It was another Thursday night of baking mishaps with Kandace. We are slowly affirming our assertion that some girls have bad hair days, but we have bad baking days. Last Thursday was one of them. Y – to the – IKES!!

It started out simply enough, baking cupcakes for Ms. Peggy for her Let’s Get Buzzed Breast Cancer Head shaving party. Peggy is the mother of one of my closest and oldest friends, whom we made the Carrot  Garden Cake for two weeks ago. She is a force to be reckoned with and I don’t know of anyone who could face the challenge ahead with such feistiness and tenacity.

Well, for this party we decided that Boob Cupcakes would be perfect. Peggy’s choice was Earl Grey Cupcakes, which I made from my amazing Primrose Bakery Cookbook. Let me tell you, the Brits know cupcakes. They aren’t quite what you’d expect. Unlike American cupcakes, we are accustomed to fluffy, ultra squishy and full of air cupcakes with super sugary frosting that gives you the fuzzy slipper feeling on your teeth. These are more muffin-y, a little more dense and with a frosting not as laden with lard or butter. But let me tell you – amazing.

So, Kandace came over on last week’s chilly Thursday and we went to work. 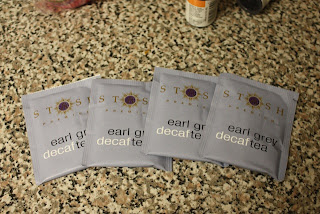 The single best thing that the Primrose Bakery taught me, was that you can infuse any tea you want with some heated milk. The first time I did this, the light bulb went Click! I know, really – you’re thinking the light bulb just went off too, huh?
Here, it called for four tea bags of Earl Grey to be steeped in 1 cup of just boiling milk. (I wanted to make a double batch, so it was 1 cup milk instead of 1/2 cup.) 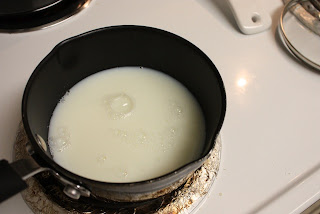 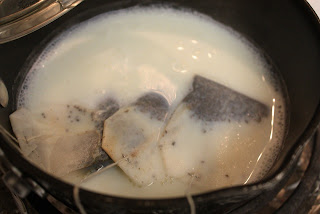 And after a half hour steep, this is what it turned into. Lovely. 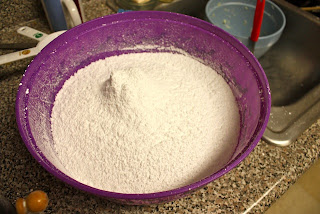 I had to break out the big Halloween candy bowl for the 8 1/2 cups of flour these cupcakes required. 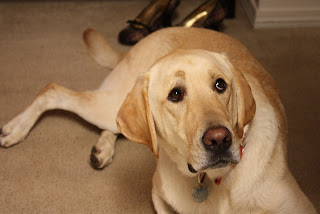 As per us – Huck dutifully stayed close. He is a master of the sad Seal Eyes. 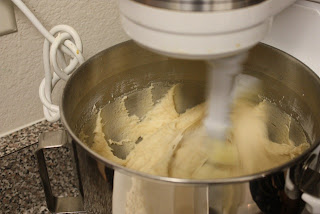 Kandace stood by the mixer, beating everything into submission and ready to bake.
And after the baking – disaster struck!! 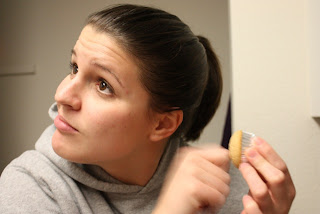 The cupcakes turned out ROCK HARD. She knocked on them and they made a sound. AHHH. 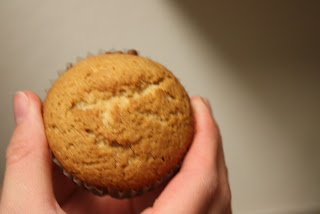 They didn’t look overly done, until a little pressure was applied… 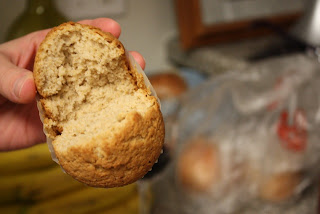 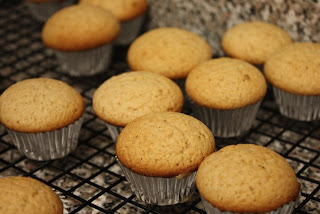 Not seeming over done, right? 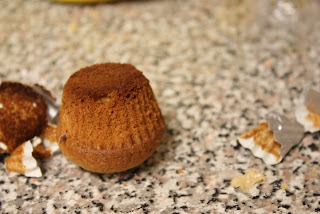 But they were. *weeps softly into a pillow* 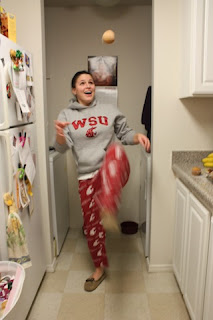 Between the knocking on cupcakes, playing Hackysack – yes, Hackysack with the cupcakes! 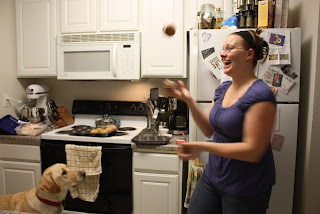 And I even busted out the juggling skillz. Yup, adding a “z” was necessary. 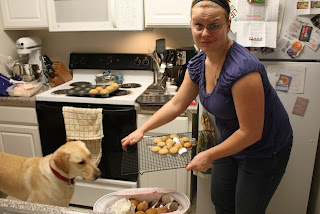 In the end, they were not “it”. We couldn’t bear to serve those to someone so deserving of Perfect Cupcakes. 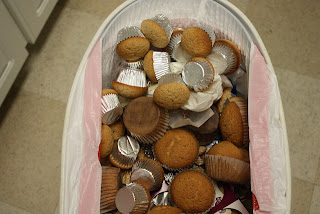 Here are the re-do’s. They turned out perfect and pretty boob-like if you ask me! 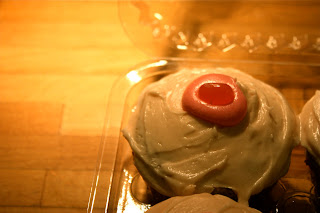 Ignore the bad lighting, they were done practically by candle light hahah, but the results were delicious all the same!
This site contains affiliate links, if you make a purchase through them, we receive a small commission.
Recipes