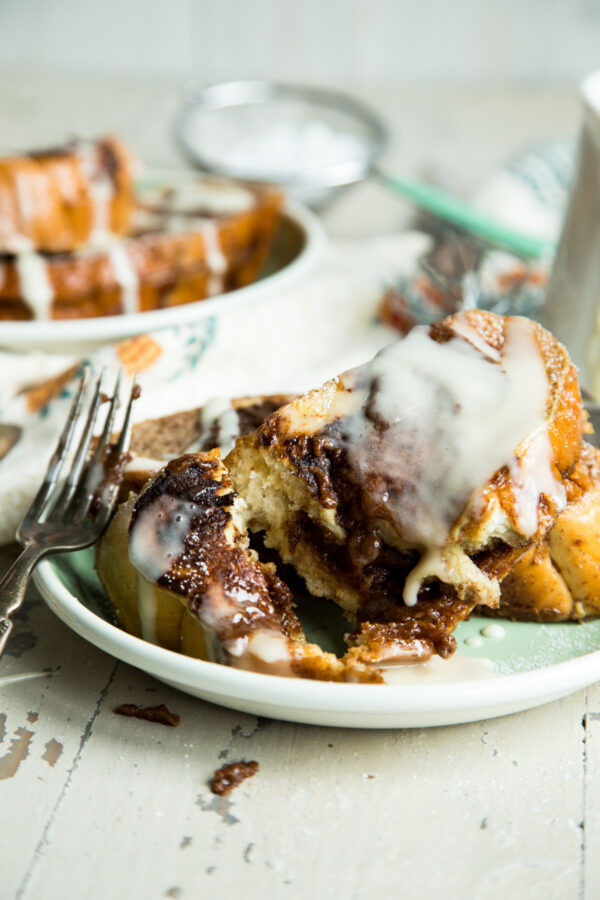 Our first Christmas is coming and I am so excited for this next level of firsts with the kiddo. But also simultaneously dreading it. Maybe not entirely for the reasons one would think, but because it means we are speeding closer to the end of the year and me needing to return to the “real world” – i.e. my job, being away from the nest we have cultivated as a family the last two months and returning to my usual normal, not the new normal that we have.

It has been such a treasured time to be home, though it has been anything but relaxing. The things we do in one day keep me going from dawn until way past dark. How we will be able to manage it all when I go back to work is going to be no easy feat. 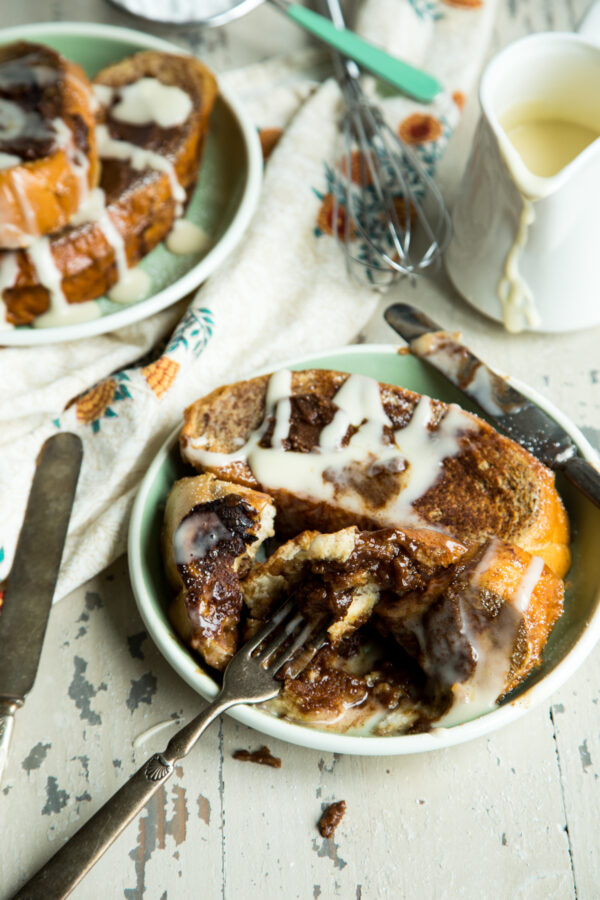 But going back also means gaining some of my independence again, operating as a fully functioning adult, making decisions, being in the thick of things with my work, and doing what I was good at, and actually enjoyed. Then it also comes with the flip side of being away from Emmett and the smiles I have grown accustomed to, the feedings that as much as I loath the missed hour of productivity that I could have, means it is also one less hour of cuddling with him a day.

It is all a bag of mixed blessings. 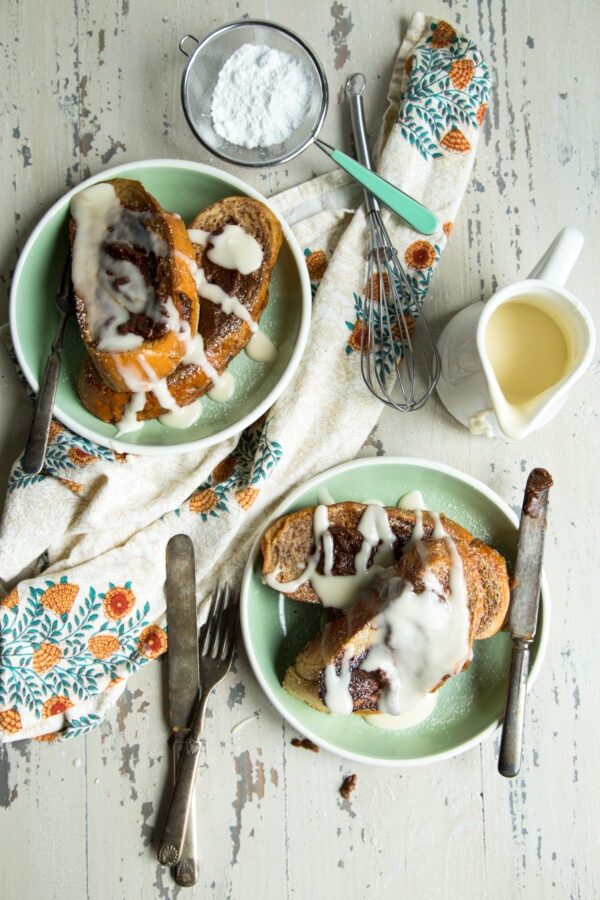 In between those hours we will be apart, I know he will grow and develop and I will still see it all. I will still get those smiles at the end of the day, and the cuddles, too. And those hours that i miss during the day of feeding him will be had again when I get home, back to our little nest with my little family. And all will be right in my world again. 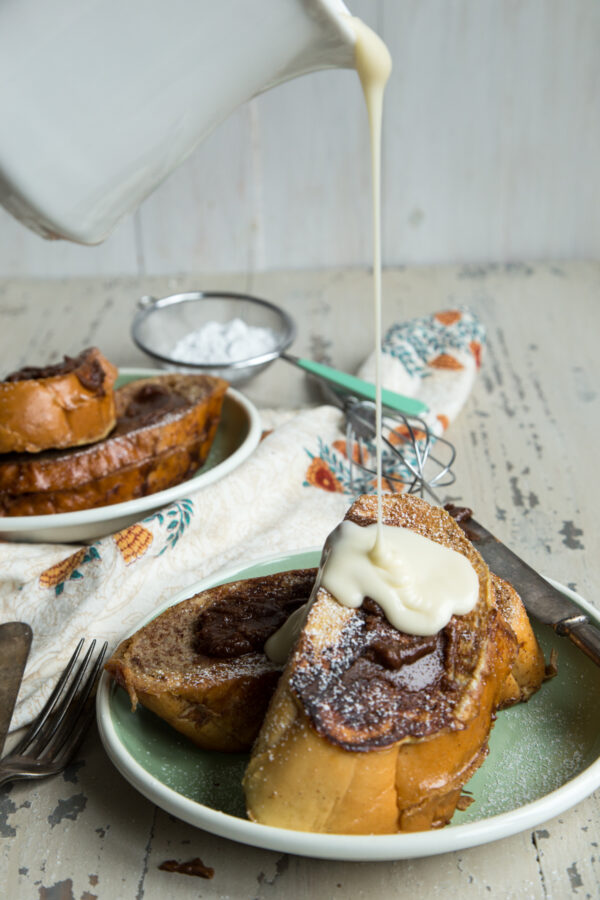 And on weekends I will still get to get up and make him breakfast (when he is old enough), and share a few simple things with him, like his first cinnamon roll French Toast. This is one recipe I will keep around to make sure he gets to enjoy it when the time comes. Until then, I’ll happily eat my feelings in cinnamon roll stuffed French Toast goodness and relish every minute I have with him, eating his portion for now, until I have to share. 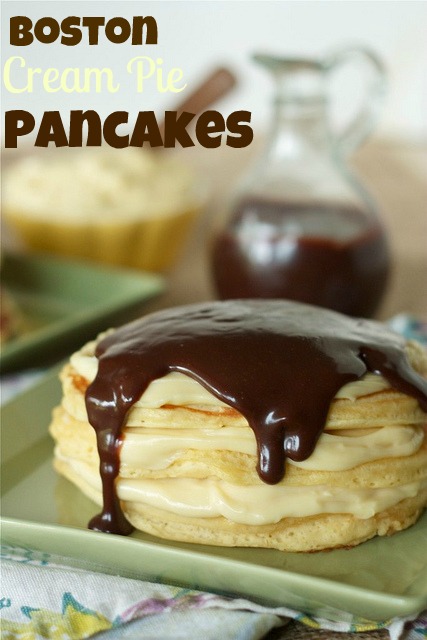 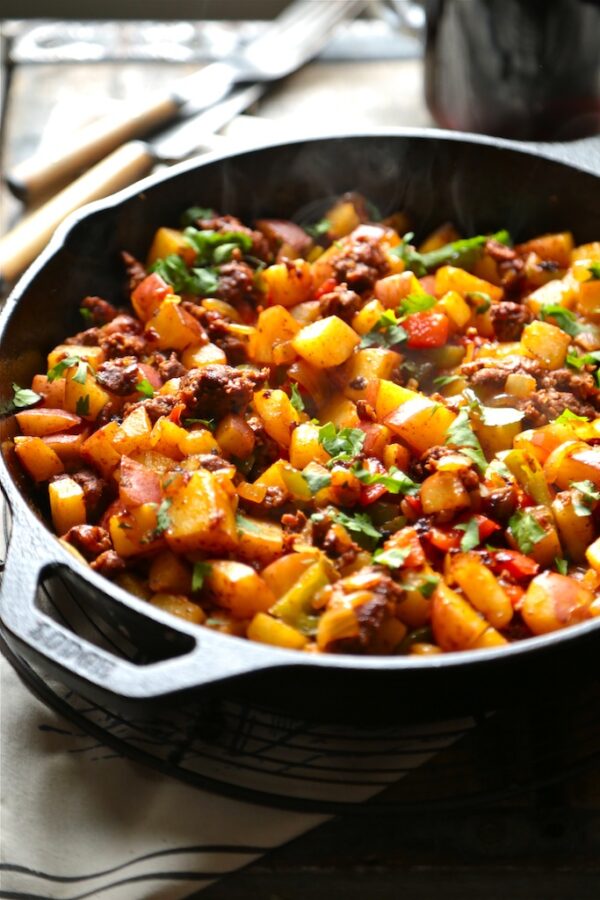 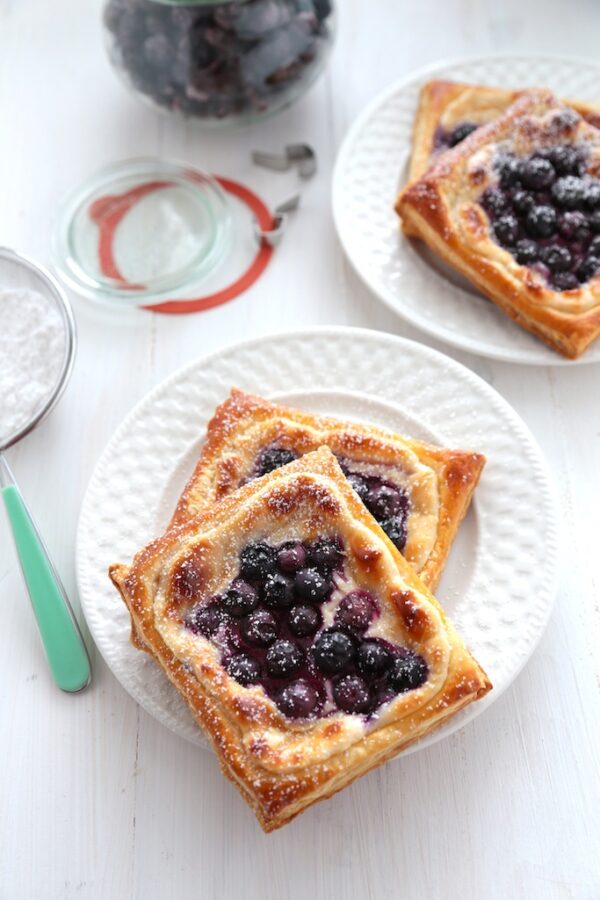 Slice the bread loaf into 1 1/2-2″ thick slices. In the middle of each of those slices, use the knife to cut down into the bread to create a pocket. Set each slice aside.

In a shallow bowl, whisk together the remaining ingredients for the French toast soak – eggs, milk, vanilla, cinnamon and dash of nutmeg. Set aside.

In another bowl, whisk together the ingredients for the filling. Spread the filling into the pocket of each slice of bread.

In a small food processor, or bowl, beat together the cream cheese syrup ingredients until smooth. Set aside.

Heat a large skillet, or electric skillet to 350 degrees, until it is hot. Soak each filled slice of french toast in the egg/milk mixture until it is soaked through, about 2 minutes each side. Spray the skillet with non-stick spray and fry the french toast until it is deep golden brown on each side. Plate, and serve with cream cheese syrup. Repeat with all remaining French Toast.

This site contains affiliate links, if you make a purchase through them, we receive a small commission.
Baking Breakfast Christmas Holidays Recipes