A simple chocolate cake with marshmallow frosting can’t be beat! This cake will become your go-to chocolate cake staple. Kick that boxed mix to the curb! 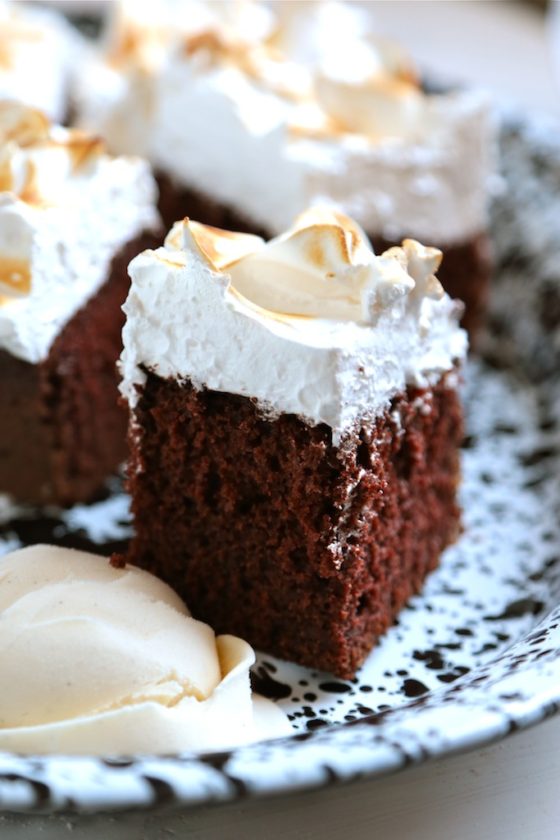 I went for a hike. I ate a salad afterwards. Followed by an Oreo. Then an Oreo dipped in peanut butter. Topped off with a pumpkin spice fiber bar and four leftover chicken wings. That friends is how you refuel like a champion. Really I think I was just wishing it was a giant piece of cake and I was filling the void with anything that was sweet – but when you’re alone and the only one to see you go chest deep into the back of the fridge is the dog, you just let go of the guilt and do yo’ thang.

Plus, after those 11,000 steps, 95 stairs, nearly going for a swim in some waterfall at the end of the hike because of the dog, well, I thought an Oreo (and then some) was a good reward. 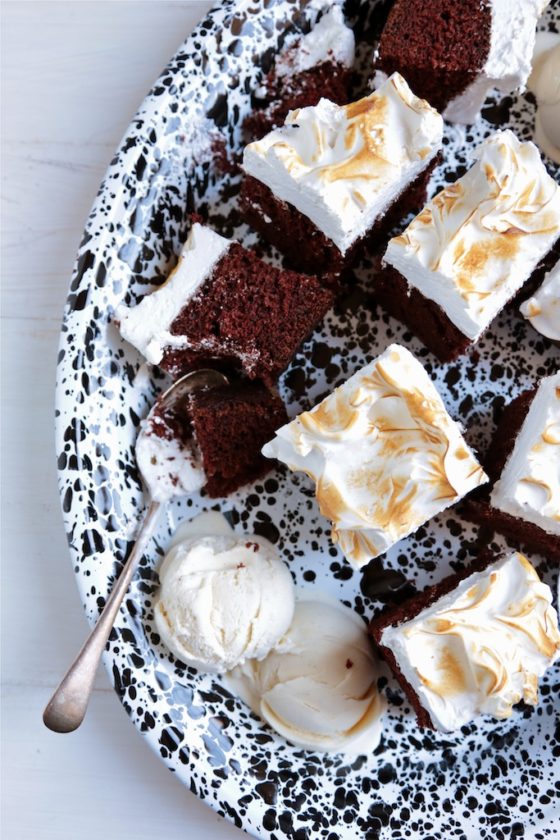 We opted for celebrating my birthday a week early – though it’s actually on Halloween, we wanted to make sure that Beka could celebrate with us, since she’s due any day now and there is a distinct possibility I’m spending my birthday in the hospital with her and her husband, or if not at the hospital, I’ll be sleeping it off afterwards.

But it will be so great to have a tiny tot to share a close-to-birthday with! My ovaries are clearly taking over. Bless anyone’s heart around me, because it’s getting frightening. 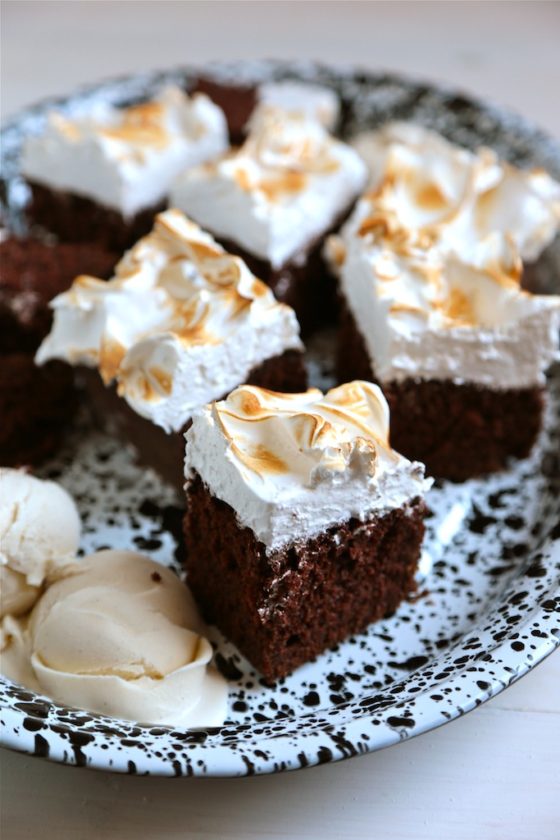 But with birthday’s coming, means cake, and I need cake. Not the least of which because I hiked five miles and when I came home wanted nothing but cake, but because cake it all you need on your birthday. This chocolate cake will totally beat the pantsuit off of any boxed chocolate cake mix you can get your mitts on. And that’s not me knocking a chocolate cake mix, because I always have one on hand – because here’s the thing – boxed mixes are always predictable, and always good! But this cake is BETTER. Nay, Amazing? Yes, I’ll even use my most hated word – moist. But it is.

And the frosting. Dayummm, Gina. I hope your name is Gina or this is awkward. Tell that Tim Taylor-esque man you’re married to that he can bust out the blow torch and help you out a little. Or you can take control and roast some mallow topping, too.

What ever you do, do it with gusto. 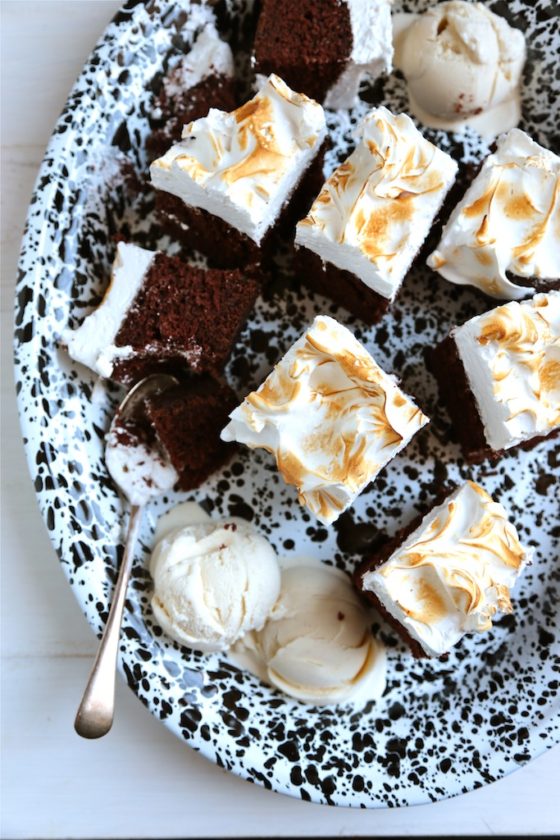 Preheat oven to 350 degrees. Grease and flour a 13″x9″ cake pan. Line it with a parchment bottom to ensure it won’t stick. Set aside. In a bowl, combine flour, baking soda, baking powder, and salt in a bowl, and whisk. Set aside.

In a small bowl, whisk together hot water and cocoa and set aside.

In stand mixer, beat together butter, and sugar until light and fluffy. Add in eggs, one at a time until completely mixed in. Reduce the speed to low, and add in flour mixture, alternating adding in the buttermilk. Scrape bowl as needed. Add in cocoa and vanilla and mix until just completely incorporated.

Pour into prepared cake pan. Place in oven and baked for 35-40 minutes, or until toothpick placed in center comes out clean.

For the frosting, whisk together the egg whites, sugar and cream of tartar in a heat-proof metal bowl placed over top a small saucepan with simmering water. Whisk constantly for 3-4 minutes until the sugar has dissolved completely and the egg whites are slightly warm.

Immediately remove the bowl and place it on your stand mixer with the whisk attachment, beating slow at first and gradually increasing the speed to high. Beat for 6-7 minutes until glossy and thick and the peaks are stiff, then beat in vanilla extract for another minute until combined. Frost cake and use blowtorch to toast the marshmallow topping if desired. Or don’t, it’s delicious either way!

This site contains affiliate links, if you make a purchase through them, we receive a small commission.
Baking Cake Chocolate Dessert Halloween Homemade Recipes