Home » Baking » A Roof Over Their Ginger Heads

A Roof Over Their Ginger Heads

I really sounds like I’m knocking a bunch of ginger kids right now, but my reference is actually to Gingerbread men/women/persons/etc. Now it has actually taken me quite a while to get to this post, seeing as the actual event happened about two weeks ago… oh well life happens. 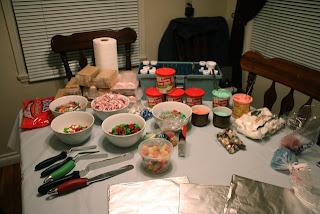 There was plenty of good junk food to thrown up on those ginger-houses. Between every kind of candy made in red and green, there were six tubs of frosting, three boxes of graham crackers, spice drops, spatulas, boards and decorating tools. We were ready to get down and dirty! 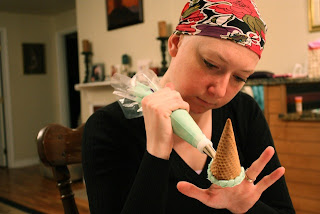 Beka and Kandace had the brilliant idea of using waffle cones as trees. Brilliant I say! Of course I followed suit and did a couple myself too. 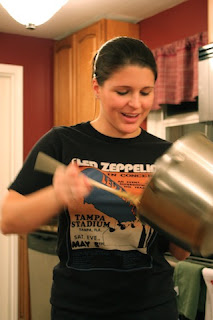 In between the decorating Ms. K whipped up the most delicious batch of homemade mac and cheese. I’m pretty sure I went back for a third spoonful. There may be some covert planning in my future to hijack this recipe… Or I have Ms. Ree’s in my cupboard cookbook, it’ll hold me over for now. 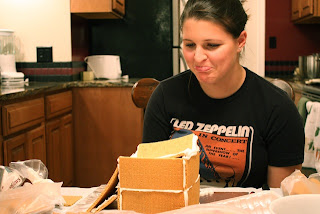 But while she was making said mac and cheese, and attempting to let her poor graham cracker two story house dry, it toppled like a house on a SoCal fault line. 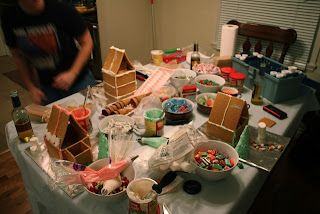 Luckily enough all the houses stayed put after some heavy reinforcement that is. This is a time when I’m glad that I work construction. These were a feat of enginerd marvel. Yup, I said engi-nerd. 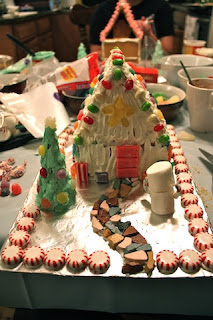 This was the final result. Sugar and frosting everywhere, but one beautimus house in the end. 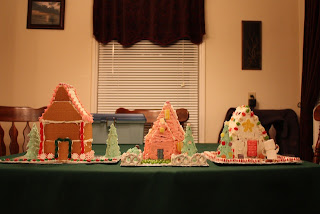 Not a bad way to wave in the holiday season and a wicked twitchy sugar high…with a side of Type 2 diabetes.
The things we do for imaginary gingermen. 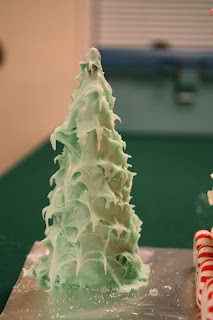 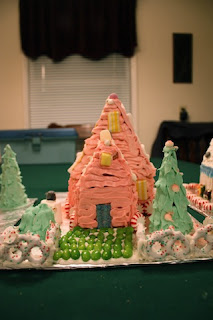 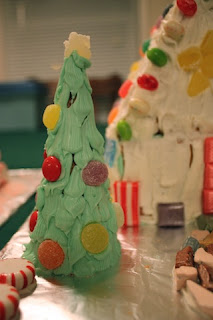 This site contains affiliate links, if you make a purchase through them, we receive a small commission.
Baking Holidays

« Previous PostGTS Syndrome
Next Post » My Contribution to the Chaos Theory

3 comments on “A Roof Over Their Ginger Heads”