This past weekend was the wrap up weekend of the Palouse Empire Fair, outside Colfax, Wa. Every year I’ve driven past this place and never gone. But this year – I was going, and dragging Ben along with me. It might not be a Pendelton Round up (which is next weekend, by the way), or NFR – but who cares? I wanted to go, and Ben humored me. He’s a keeper, can’t you tell? 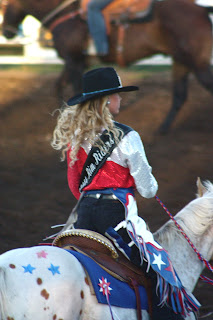 It was a lot of fun, even if it got super chilly when the sun went down. 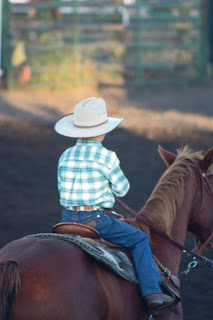 There were some impressive riders, most noteably the kids. The McMillan Trick riders were incredibly for four kids between 6 and 12 who galloped around flipping stunts like there was no tomorrow. I firmly believe that being a kid is grand. I mean, doing something dangerous like that, with no awareness of the reality of getting runned over by a running horse – something we grow out of as adults. Growing up and growing aware is really a tragedy!! 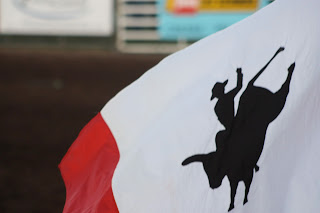 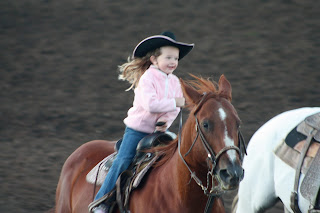 And besides those fantastic stunt riding kids, there were the ropers, the rodeo queens, the bronc busters and steer wrestlers. It was a great night, with my plowboy (cause he is NOT a cowboy – he’s a farm boy through and through). I can’t wait til my next rodeo. Maybe someday I”ll even be riding in one of those small town rodeos….or maybe it’s best if I just sit in the grand stands… ( I think Ben would vote for the latter) 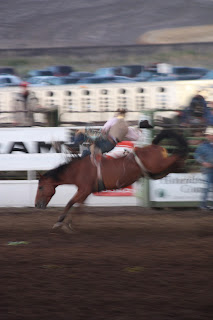 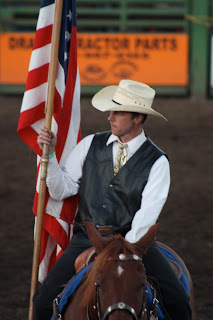