Proscuitto and Pear Pizza with honey dijon sauce, caramelized onion and a rosemary olive oil pizza dough that is crispy and packed with flavor. 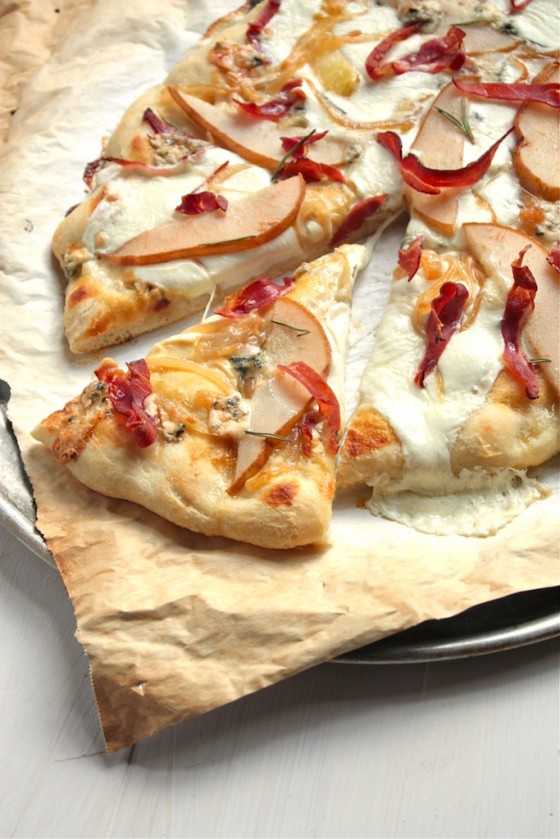 So, remember that day that I told you about the near throw down in the Cleaver household over the buying of two pizzas? How one of us, *cough* Ben, has to have a pizza with ALLL the varieties of things that had a mother on it, and how the other of us, moi, goes for greenery and fruits on hers…. Well, I did it again and laid down the pizza LAW. Booyah. 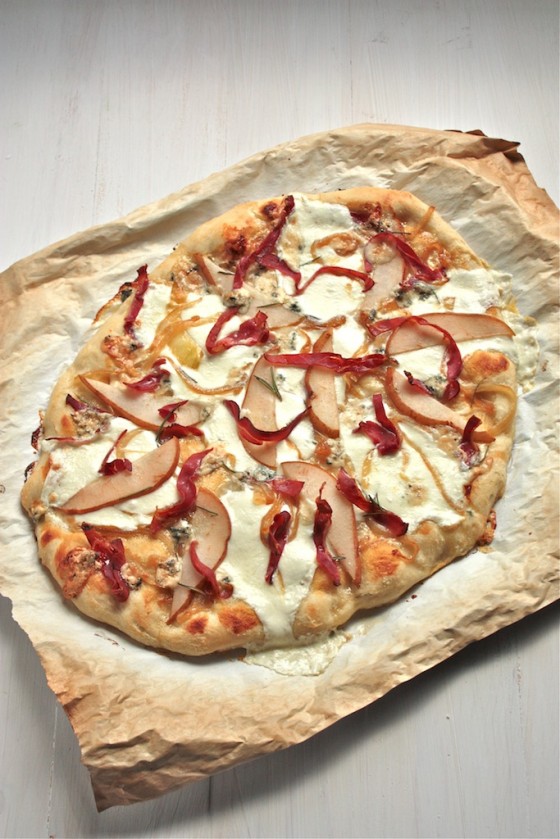 Well, I didn’t exactly lay down the law (because I’m a wuss) but I gave it my best shot combining something that had a mother, and that was aged to perfection and wonderfully salty, fried and crispy, alongside something that was seasonal, light and that grew on a tree. Match made in pizza crusted heaven!!

Did I mention that it was also topped with caramelized onions, honey dijon sauce and gorgonzola cheese? Cause there’s that, too.

Are you feeling like a rebel yet? Come to the dark side – it’s so delicious. 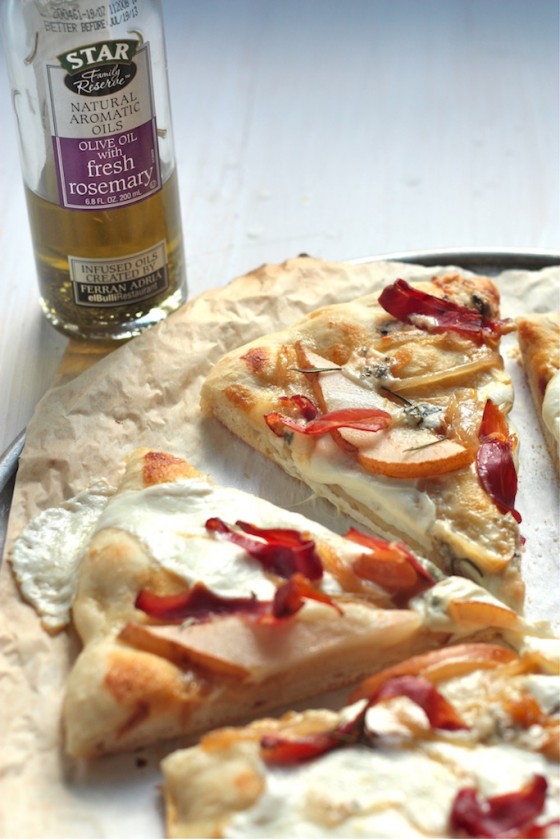 Join the rest of these pizza week shenanigans with some truly amazing carb crusted creations from my favorite gals.

Be sure to also pick up some STAR Fine Foods Olive oil at your local grocery store. Their infused olive oil makes the perfect pizza crust and so much more!

In a small bowl add warm water and sprinkle the yeast over the top. Let the yeast bloom for 5-10 minutes until it becomes foamy. While the yeast is blooming, combine the flour, salt, rosemary and garlic in a large mixing bowl outfitted with a hook attachment. With the mixer on low, pour in the STAR Rosemary Olive Oil until combined. Next, slowly pour in the yeast/water until the dough starts to come together. Turn the mixer onto medium once the dough starts to form and knead until smooth. Cover the bowl with plastic wrap and place in a warm, dark place to rise for 1- 1 ½ hours.

Preheat oven to 450 degrees. On a piece of parchment, sprinkle heavily with cornmeal. Using hands, press dough out until very thin and even. In a small dish, whisk together Dijon and honey until smooth and spread evenly over dough as a sauce.
Top with remaining ingredients, mozzarella cheese, thinly sliced pear, caramelized onion, prosciutto, and gorgonzola cheese. Pull the parchment paper and pizza onto a baking sheet and bake for 11-12 minutes or until the crust is golden brown and cheese is bubbly and browning. Remove from oven and let rest 2-3 minutes before slicing. Serve immediately.

This site contains affiliate links, if you make a purchase through them, we receive a small commission.
Fruit Pizza Pork Recipes

33 comments on “Proscuitto and Pear Pizza”