Home » How-To » How To Tuesday :: How to Shuck and Grill Oysters

How To Tuesday :: How to Shuck and Grill Oysters

Learn how fall time is the best time for shellfish and learn how to shuck and grill your own oysters with some safety tips and step by step photos. 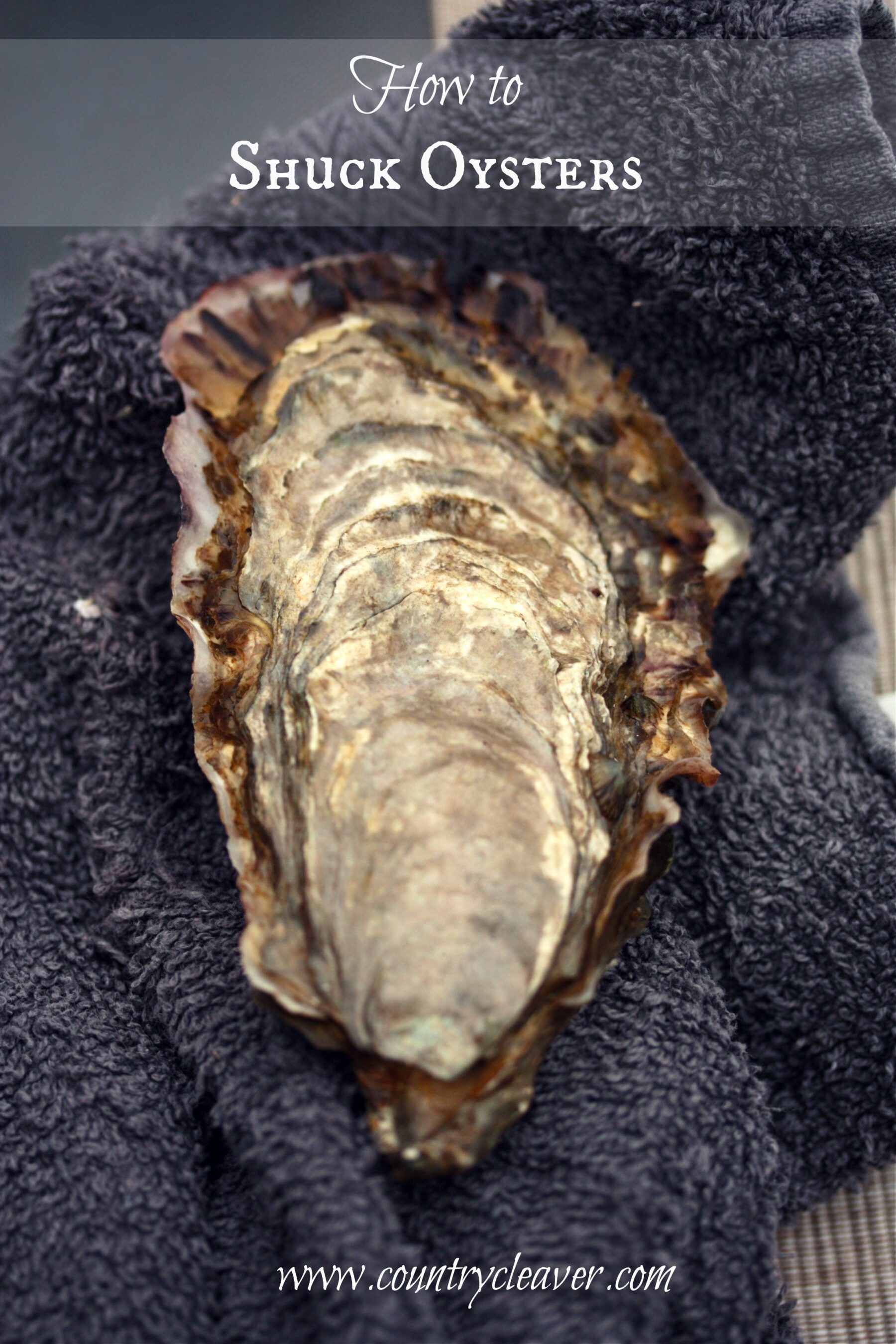 I grew up as a shellfish hater. Unless it came in chowder form, I wouldn’t touch it. What a load of wasted years!! I grew spending weekends at the parental’s place out on the calm, briny waters on Puget Sound, and averting all forms of shelled fish.. and the fish with too many or too few legs – fish of the star and jelly variety, if you catch my drift. But I’m finally coming around to them, 28 years later. So a couple weeks ago on our last visit out to see the folks, I wanted to be the Daniel-san to Bonus Dad’s Miyagi and learn the way of the shellfish, how to shuck the oysters and how to make his family famous clam chowder. See, no more shellfish aversion for me! I’m sold and I know you will be too. I mean just WAIT until tomorrow ’til you get this chowder. Your falls will never be the same again.

The shucking of an oyster is pretty easy – it’s the “try not to stab yourself with the shucker” that is the hard part. For people that love raw oysters like their life depended on it – shucking is how you open them up. For those who want to cook their oysters, you can open them up first, or apply some heat to them and they will naturally open. I wanted to learn it from the beginning, so I got snaps of it from start to finish.

Step one : Procure a shucker. Do not use a knife, oh dear lawdy you’re asking for it then. Even more so than with a shucker.

Step two : Find the narrow end of the oyster, where the muscle is.

Step three : Wrap your hand with a towel and FIRMLY grip the fluted and frilly, wide end of the oyster. And I mean Grip. It. Like you’re Rose and that Oyster is Jack and you’re never gonna let it go.  *Note* Also make sure the cupped or bowled side of the oyster is facing downward. The flat side of the oyster should be facing upward. No losing juice here, people!

Step four : Wedge the shucker into muscle, and wiggle it  until it starts to penetrate the shell. Once it does, twist your wrist to help pry the oyster open. Thennnn…once it pops open, run the blade along the top of the shell to dislodge the additional muscle that connects the oyster to it’s shell.

Step five : Remove the flat top shell, and run the blade along the bottom bowl of the oyster shell to remove the other side of that muscle that connects the oyster to it’s shell. The oyster should then kind of move freely in it’s shell. And no, do not drain the juice.

Step six – if you’re an oyster shooter : SLURP!! But that’s not for me. Don’t worry we’re getting to the good stuff!. 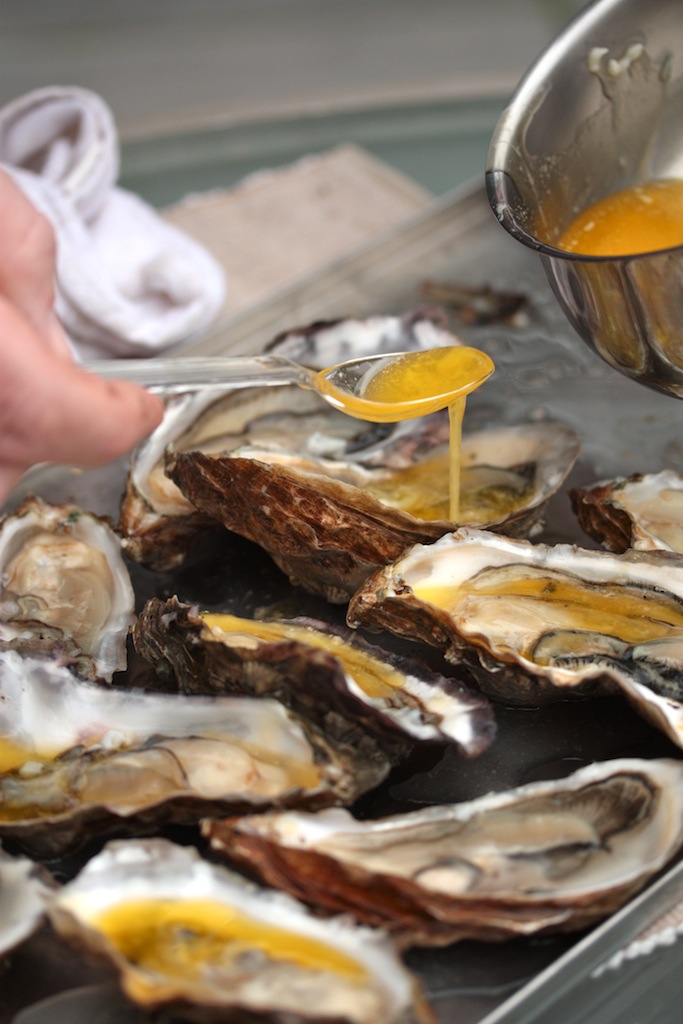 I’m one of those who prefers them grilled and not raw. It’s a texture thing. Slippery things just don’t suit me. Like, at all. Instead – we grill our oysters over the fire with a couple of not-so-secret-but-OMG-good ingredients. Namely, BUTTER. Duh. And Garlic Power sauce.

So once you’ve shucked all the oysters you can muster and your arm is the size of Arnold’s from back in his Terminator days, top each oyster in his little oyster shell with a little butter and drizzle with garlic sauce. 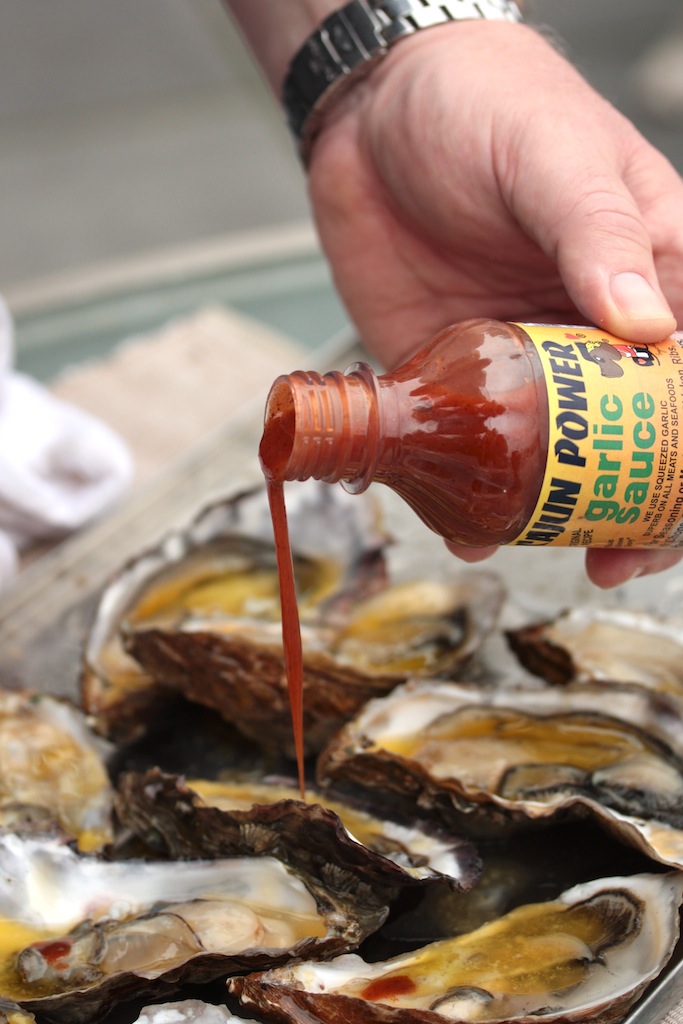 If you don’t have access to a fire with a grill during the winter months – take them to your gas grill!! They will be just as tasty. Let them heat over the fire until the liquid starts to boil and the oysters are no longer opaque. Carefully remove from the grill onto a plate – and let them cool for just a hot second so you don’t end up saying good bye to your taste buds forever. Then, devour. 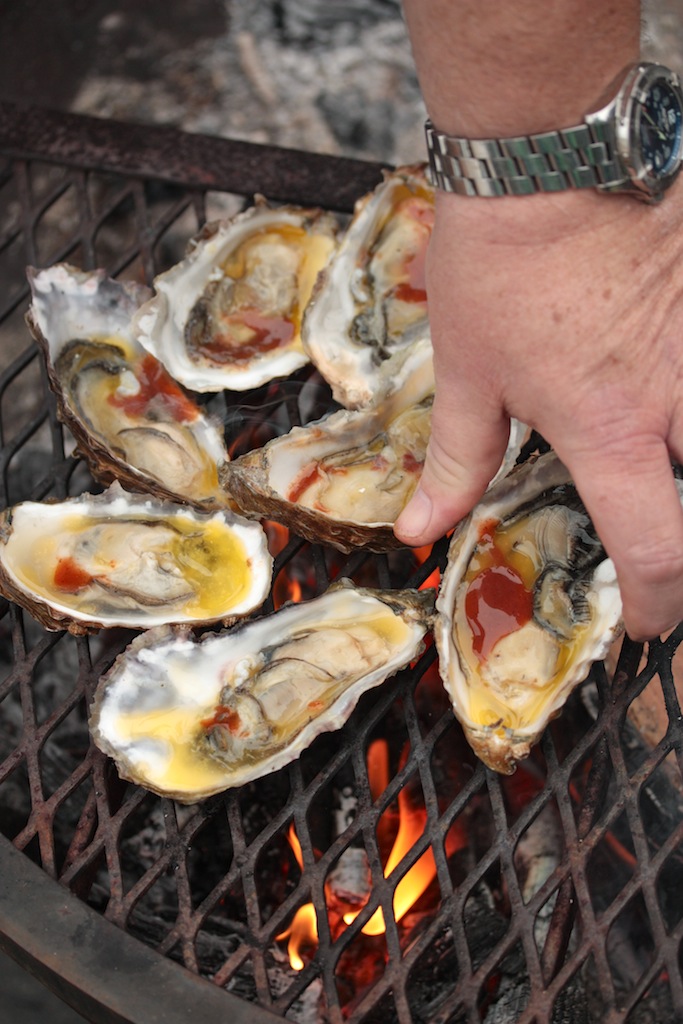 All the work of oyster shucking is totally worth it. And if shucking oysters for just a few on the grill isn’t worth it – you can always lay them on your grill – rounded, cupped side down – and they will open naturally. Then you can gently spoon in your butter or sauce in then. It’s just easier with them all the way open.

Grill season isn’t over yet – and oyster season is just beginning in the PNW. Get to it – you won’t believe what fantasticness awaits you!!

This site contains affiliate links, if you make a purchase through them, we receive a small commission.
How-To Recipes Seafood

10 comments on “How To Tuesday :: How to Shuck and Grill Oysters”