In four years of dating Ben and I went on one vacation, to Yellowstone. And that was three years ago for our one year anniversary.

And he wound up in the emergency after getting tossed off his horse the first time I took him horseback riding. By some miracle I didn’t end up single after that…

On this second vacation of ours – our honeymoon – we opted for Alaska. And no horses. No, it wasn’t some sandy beach destination, because even after slaving away at the gym for hours on end, I wasn’t feeling hot enough to be struttin’ my schtoof all over the place. My arms could handle the exposure – they’re pretty rocking right now, but the rest of me wasn’t up for that adventure. Alaska was perfect to prevent that kind of viewing. Hello sweatshirts and heavy jackets!

Ben and I opted for cruising our way to the great white north. Taking off right from Seattle, it was an obvious choice. Booking our cruise through Costco Travel was a breeze. If you didn’t already know – Costco is my Mecca. And they really played a huge roll in our wedding – because that’s where I bought my wedding dress (mine’s the 2nd one down on the right.). No, I’m not kidding. 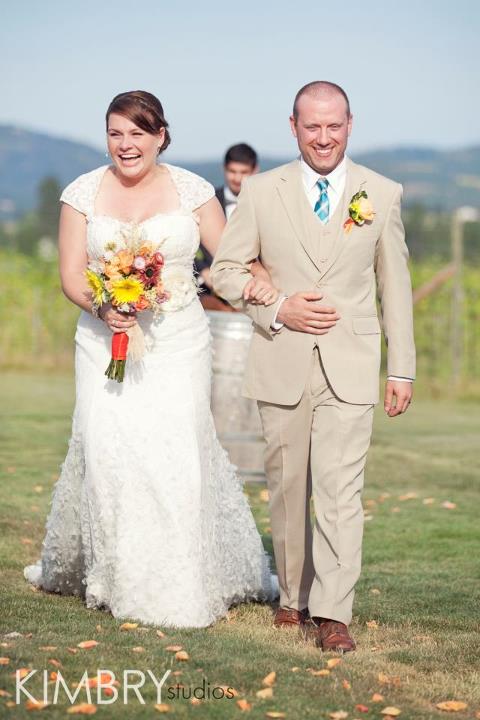 Pardon my ridiculous expression – I was a little over excited that day.

Anyway – CostcoTravel made the entire process of booking our cruise a cinch. There were a few lingering questions we had about booking our room so after a phone call, we were chatting with an incredible rep who answered all of our questions and simplified the whole process. Ben and I wanted to do things on more of a budget, so there was extra moolah left over for dinners out in port, drinks on board and excursions that we knew would cost a pretty penny. Booking an inside room was the way to go. We figured we wouldn’t be spending much time in there anyway, so it was worth saving a few hundred to forgo the balcony room.

The deal that we booked was the lowest possible flat rate fare that, if there were any rooms available, we would get upgraded too. Since it was Alaska in August, it was a full cruise, so our upgrade never happened. No big deal. We had resigned ourselves to the fact we had booked the inside room, so that if that’s what we got we’d be happy with it.

We did get a free bottle of wine since it was our honeymoon – so that was a bonus. Even if it was only good enough to get ya drunk. 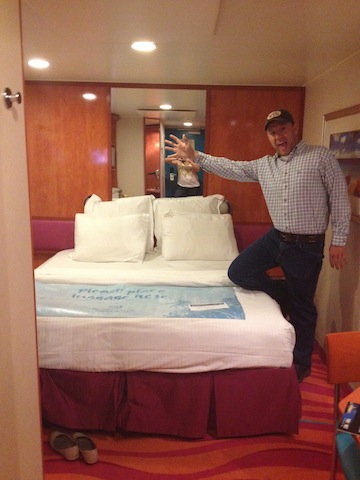 The room was smallish, but it was about what I had expected having cruised a couple times before. The bed was surprisingly comfy, even comfier than ours here at home, rocking me to sleep and affording me nights of 10 hours sleep that I hadn’t had in eons with all the wedding stress and chaos going on the last few months. 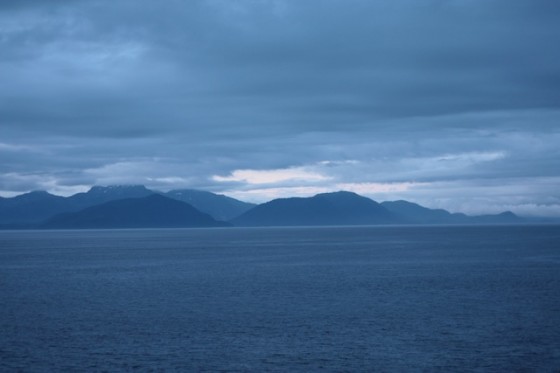 Taking two days to get to our first destination was a bit of a sit-around-and-wait maneauver. Juneau was a two day trek away, and after the first full day on the cruise, we’d seen all we had wanted to, and dodged all the screaming running children we could. The buffets were constantly packed, and we quickly learned to time our meals in the dining rooms to right when they opened so we could beat the rush of families and long lines for tables.

Norwegian’s “Free-style” cruising method works well for those not wanting to adhere to strict dining times and eating at tables of 8 with strangers around like more formal lines would. But for me, I was left longing for the more structured cruising with more formal dinners and actually feeling the need to dress up – just a little.

But after two days of being locked on board with bad coffee, we were ready for some time on land. 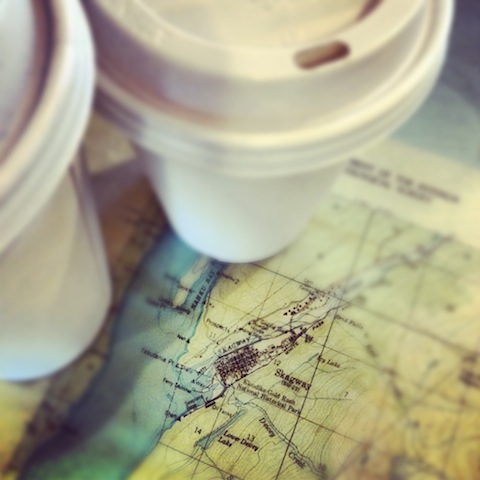 Skagway had the best coffee of our trip. And we relished the experience sitting in the local cafe for over and hour eavesdropping on the locals and just enjoying the town. 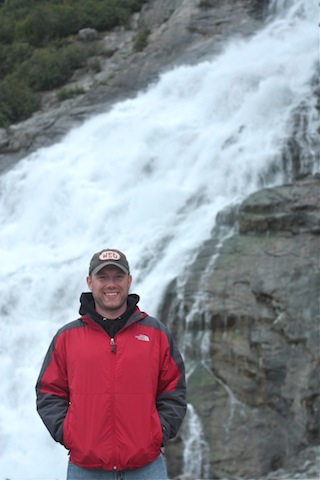 In Juneau Ben and I booked an excursion to go see the Mendenhall Glacier, which was highly recommended by my brother. For $50 a person it was a bit spendy for just having a tour bus drive us 20 minutes from the dock, but it was a great place to go see. The falls are massive, and standing at the bottom of them, you can’t help but get drenched. And the blues and teals coming out of the glacier spires are something to admire. 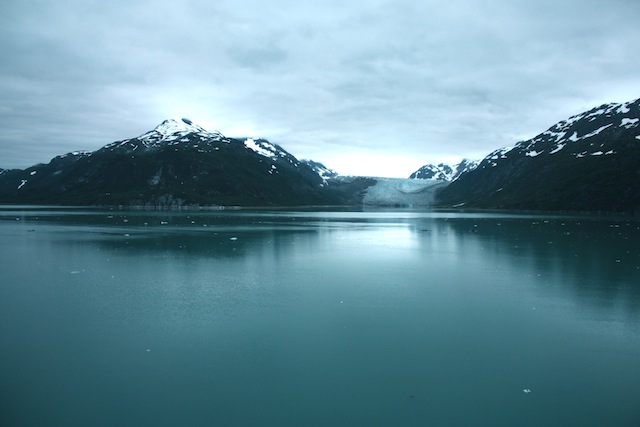 But the six hours in port was not near enough time to see everything that Juneau had to offer. 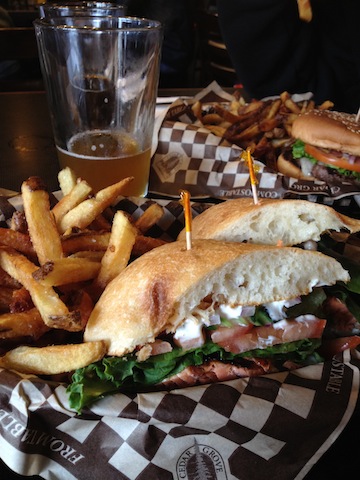 In Skagway, we had our longest day in port – a whopping 13 hours. We walked around, alot, ate food, strolled through the museums, tried to dodge all of the jewelry shops and tourist traps that lined the streets of each little town and finally sauntered into Skagway Brewing Company for a pint. Or four. And a burger. Or two. It was just what we needed. 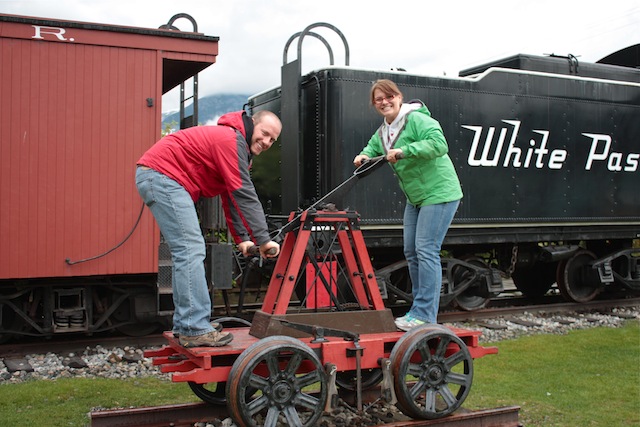 Then we burned off our drunk with a little hard work on the railways. Oww, my back! 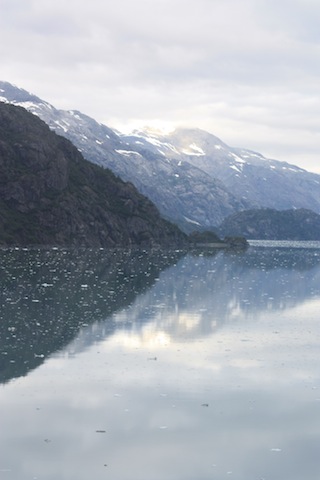 Back on the boat we went, for another full day of cruising through Glacier Bay. To say that it was breathtaking seems too banal and dull. Clouds covered up the tops of the mountains but standing there on the ship with only the sound of the engine and the crack of the ice was something to behold. 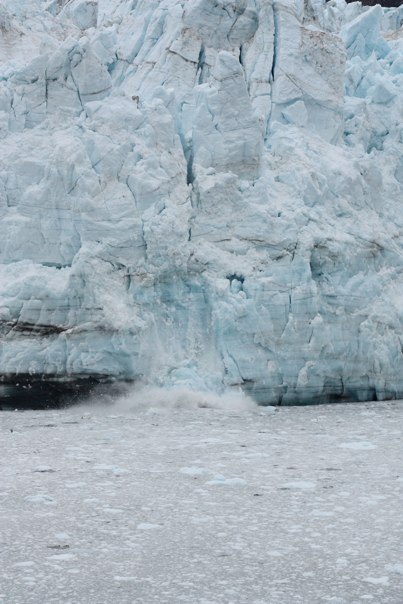 And so after the glaciers were off in the distance, Ben and I caught an improv show, and did a little bowling on board until reaching Ketchikan for our last Alaskan destination. 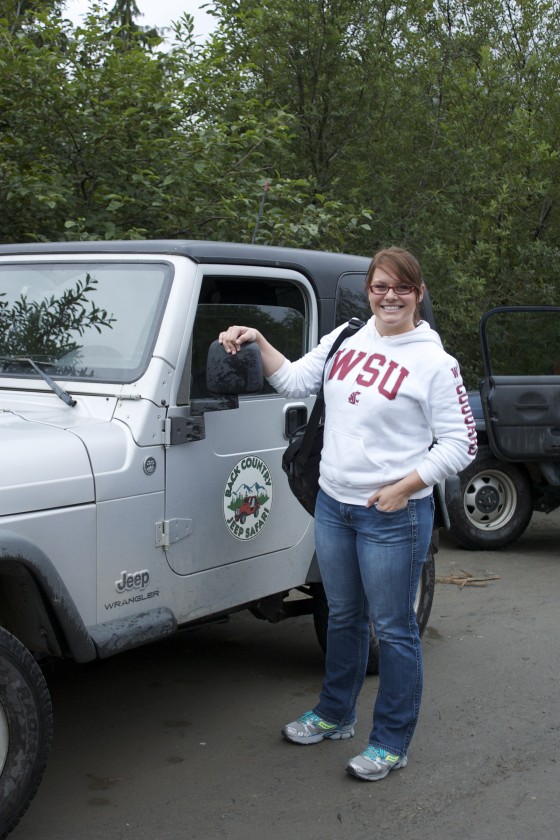 Since we saved a few hundred bucks on the inside room and received such generous gifts from friends, Ben and I went and got a little muddy on a Jeep and canoe safari. So. Much. Fun. It might not have been a helicopter trip to walk on the glaciers at $600 a pop, but this was reasonable and a TON of fun. Old logging roads and alpine lakes? Win and win. 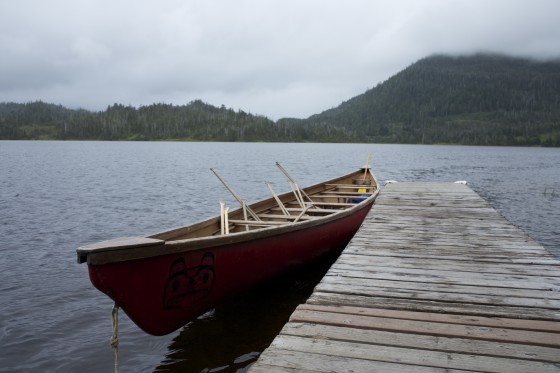 This excursion took up most of our six hours on shore, but left us with a great memory and a chance to see more of Alaska than just the tourist trap lined streets of town that pawned off gaudy jewelry and t-shirts at every door. It felt like what Alaska was about, even in the small amount of time that we were in Ketchikan.

Our last night was spent in Victoria, BC, where Ben and I walked around town, passed by the famous Empress hotel, and grabbed dinner at a local wharf restaurant where Ben enjoyed the homemade chowder and I on Salmon Wellington (which I will be showing you next week! Stay tuned. Like, totally.) 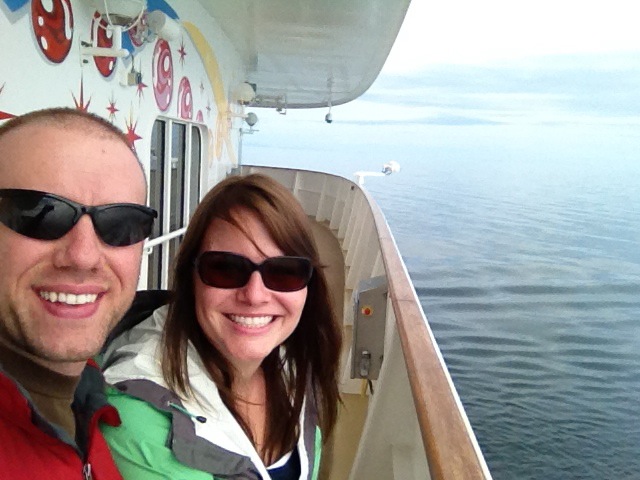 All in all – it was a fantastic honeymoon with my honey-for-life. Next time – we’ll just fly straight to Alaska, maximizing our time in a super gorgeous place that we both fell in love with.

See my detailed report card below. 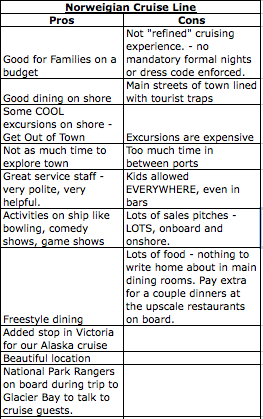 For a more refined experience – give Holland America or Celebrity a try.

This site contains affiliate links, if you make a purchase through them, we receive a small commission.
Life Travel Wedding