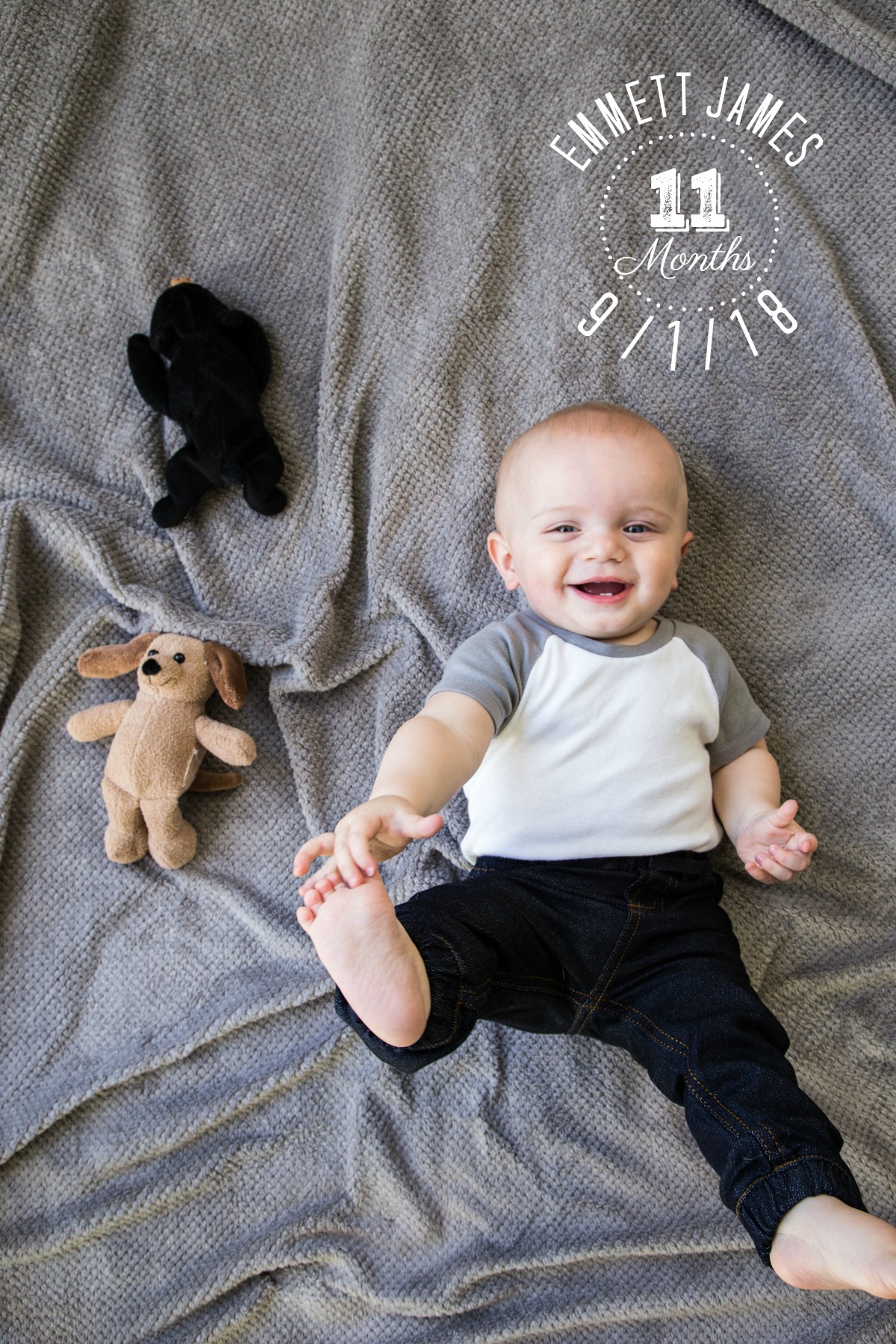 Each month goes much the same, “I can’t believe another month has gone by”. But this month in particular is not so much catching me off guard for how far we have come, but for how fast we are approaching another milestone – his first birthday!

Emmett is growing into a boy, and leaving the baby stage behind. His personality continues to shine and develop at a rapid pace. He’s vocal, chatty, and his opinions are shown by constant babbling, and if you’re not careful, pterodactyl screams of excitement or frustration if you aren’t paying adequate attention to him. Going outside lights up his face, and any opportunity to be near Huck thrills him.

The transitions to foods has been a continuous learning point for us, and it has been hard to get him away from purees and onto more solid foods. His frustration shows when he can’t eat quickly and will only have a few bites before rejecting it and wanting to go straight for his oatmeal, his all time favorite. The hardship he faced when he first started is abating, and the gagging and choking is nearly gone, but with only a few teeth, he hates taking the time to get through foods, after more than his third mouthful. By that point it usually ends up making its way to the floor for the dog. We send Huck out of the kitchen, but somehow 90 pounds of labrador can be very sneaky when he wants to be.

Oatmeal, purees and avocado are the hands down favorites. And after our family weekend away in eastern Washington, we found out that he loves peaches! Eating one right from the tree was really special, and he loved it. We have kept a peach-a-day going and he has a couple slices worth of peach at every dinner. 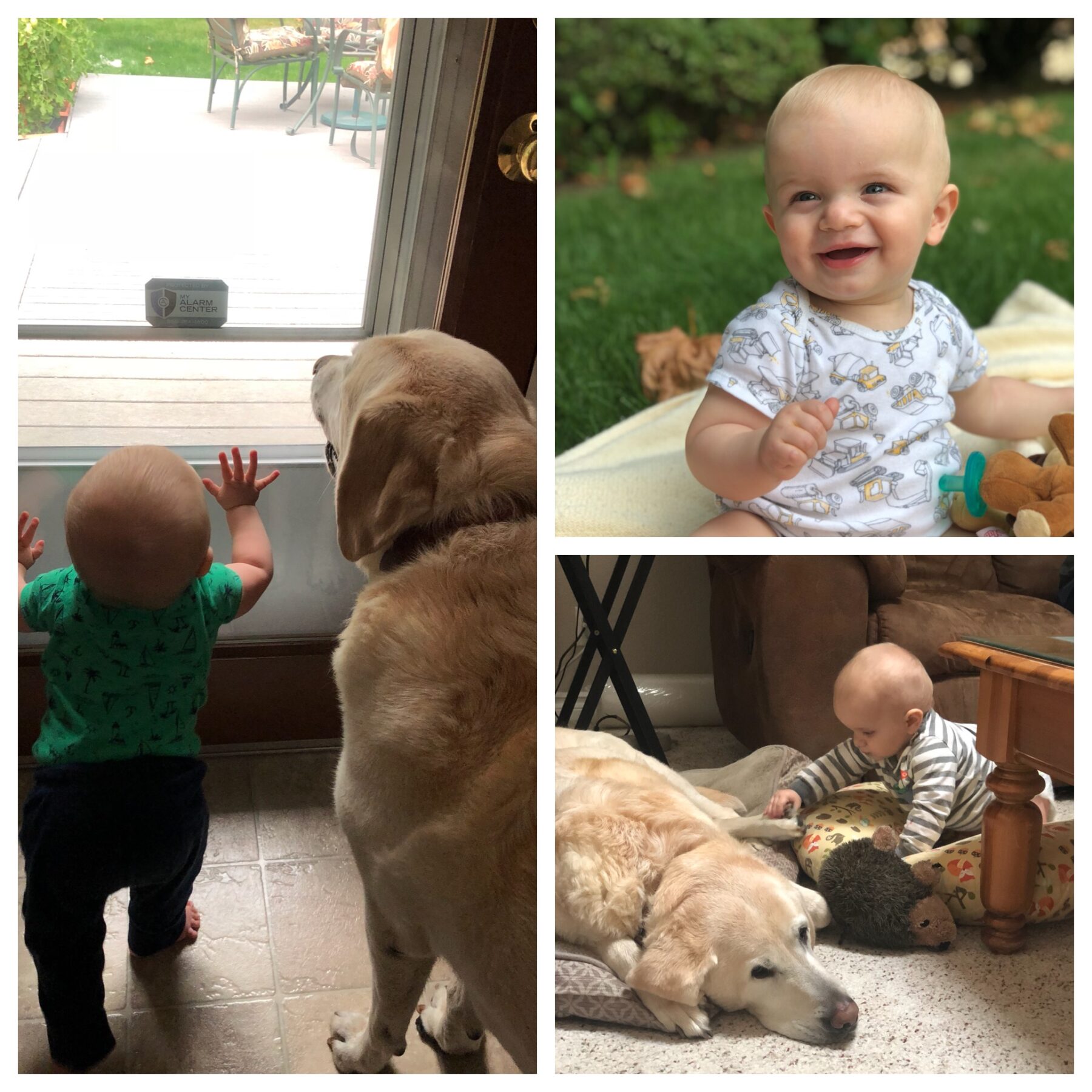 Emmett’s milk consumption is staying strong through the week, but my weekends have been proving difficult as my production is dwindling quickly and I’m dipping into the stored stock I have. My goal of stopping pumping at work in September is no more, and I am going to keep pumping at work just once a day as I had been doing in August. More than anything it will keep my supply in check, and hopefully get me one bottle a day for Emmett, or enough to put milk in his oatmeals in the morning and night. So, it is what it is. I am just relieved that my boobs have made it this long in the process. The time itself in my day, and before bed is time that I will be overjoyed to get back to myself when we are done feeding, but it has also been a blessing that I have been able to feed Emmett myself.

In August, Ben and I usually make a road trip to eastern Washington to visit his family, and celebrate our wedding anniversary by going back to the orchard we got our wedding photos taken, and the winery we got married at. This year we had some special friends join us! Corinne and Aaron, and their new little peach baby Anson. Corinne and I have been best friends since college and we were in eachother’s weddings, and this spring Emmett and I flew out to Spokane for her baby shower. She’s been a constant in my life and I am so thankful we are going through this mom-thing together.

They joined us at Walter’s Fruit Ranch and we picked peaches, played with babies, and had a good catch up! It was just what I needed from my vacation. And let me tell you, two moms, with babies, trying to get a photo together is a recipe for hilarity. I think by photo number 12 we got a good one! 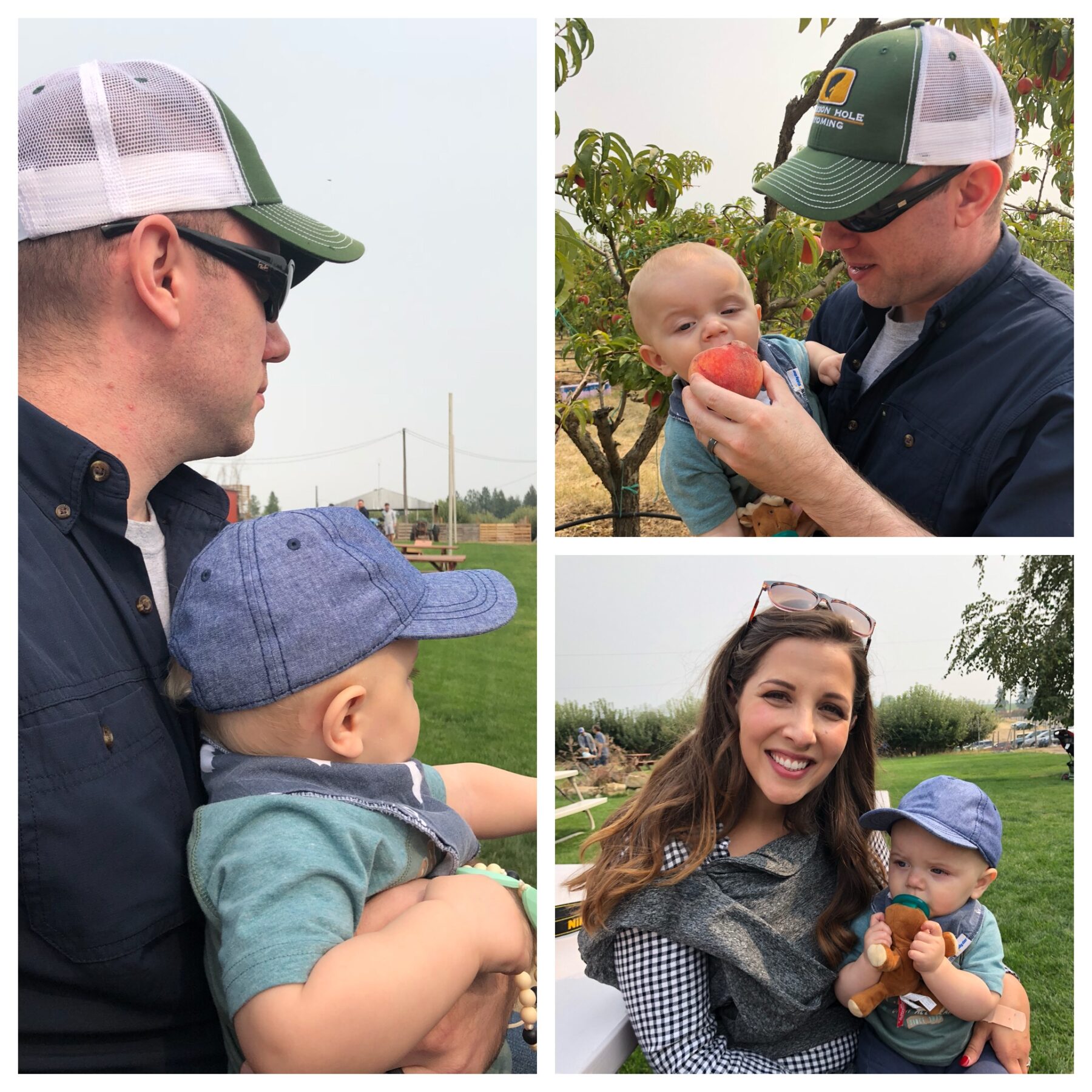 On our trip, Emmett was positively spoiled by grandma and grandpa. He got a new dump truck that grandpa rolled him around in and was the happiest I have ever seen him, squealing with joy and zooming around the living room until he was utterly exhausted.

One of my worries was that sleeping in a new place would be a challenge as it had been on our road trip in May. But thankfully he slept like a champ, the latest he has ever slept before – 8 am!! Fairfield is a whole new level of quiet, and it did us all good to get some sleep. We used his pack and play for sleeping and so long as Emmett had his Wubbanubs he was just fine. This gave me a new confidence to travel with Emmett. Next year we are planning on taking a long haul family adventure abroad, and I hope that we will continue to develop his adaptability skills to new environments and be comfortable on the go. If I post about how we have handled traveling with an infant on car trips would that be helpful? And I would love to know what you have done to be successful too! 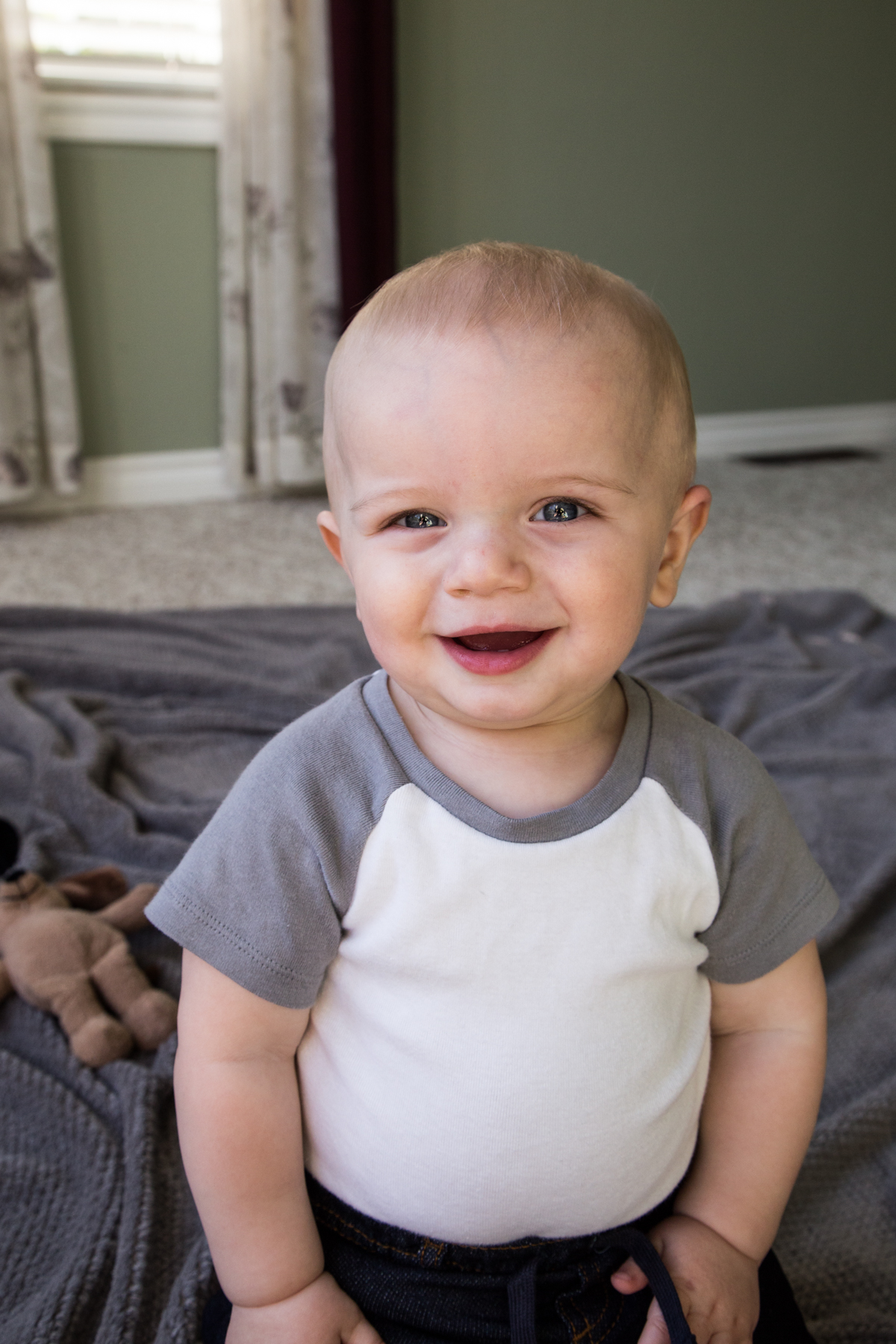 Emmett has been learning so much this month, and has really taken me by storm. Crawling is old news, but his speed is gaining! He’s away like a flash, and has taken to standing and deep knee bends to sit on his tush. But now everything must be touched, opened, banged on, and jiggled. Nothing can stay stationary, and it’s amazing what he can get his hands on. Lights are a recent fascination – any light! Can lights, skylights, the chandeliers, any light is absolutely entrancing. He points his stubby little finger in the direction he wants us to carry him, and we happily oblige for baby babbling and smiles. We lift him up so he can touch them, giggle and bring him back down, only to lift him up again and get more of those prized belly laughs and smiles. 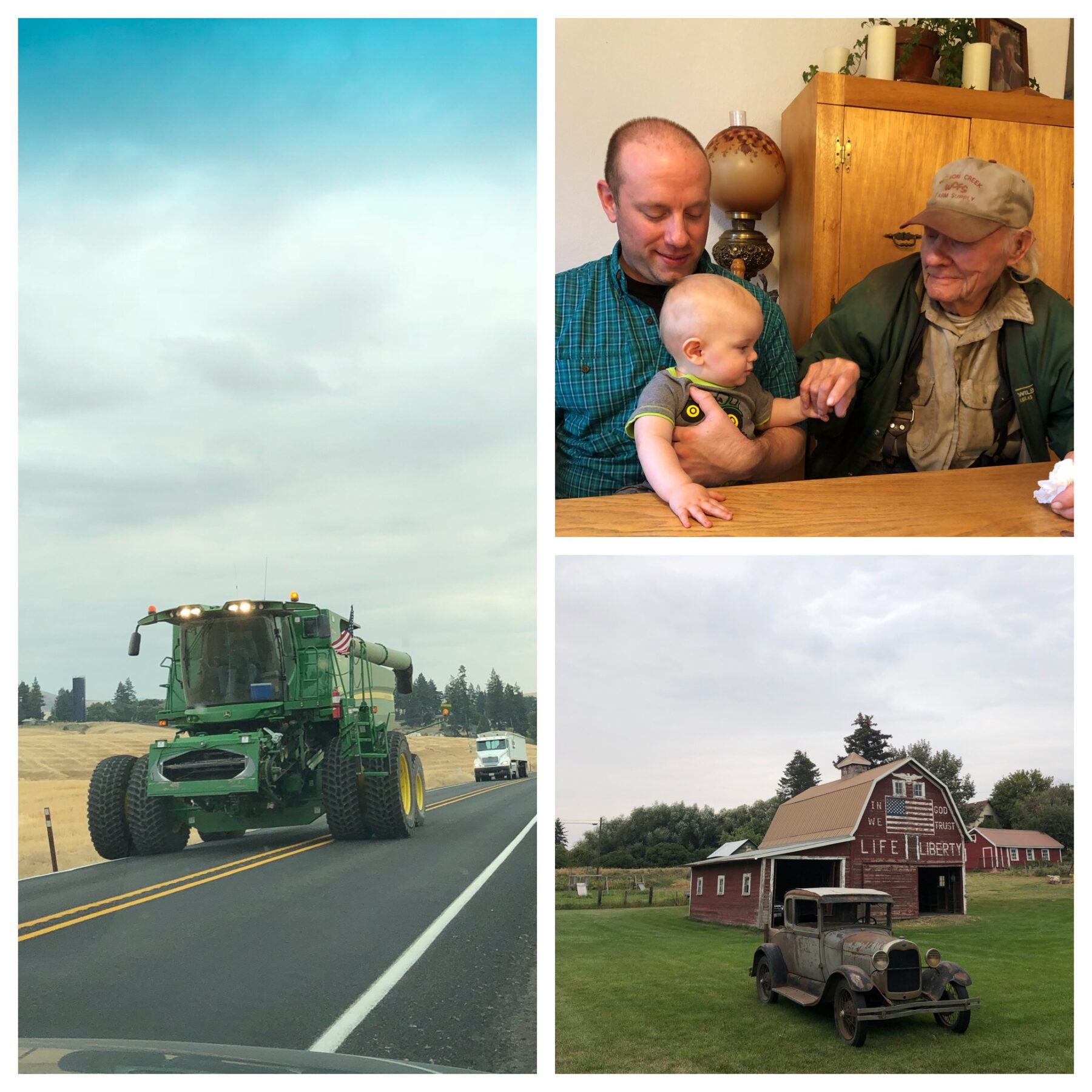 When it comes to speaking, I think I may have heard his first words this week. The Wubbanub toys we have are all called “bubba” and Ben and I are fastidious about keeping one on hand at all times. Two are in his crib every night, one is always with us on the drive to school, and goes to daycare with him. They are inseparable now. When we went to grandma and grandpa’s for the weekend I was wandering the garden with my mom and Emmett dropped his bubba. And as I bent down to pick it up, I heard “ba ba” with an extended finger in his direction. I asked him if he wanted his “bubba” and got a “ba ba” in reply, cramming the pacifier end into his mouth. My mom and I were bowled over! Along with all consuming fascination with lights, we say ‘light’ every time he points to one, and “right” came out of his mouth just yesterday. Whether the association is making it’s full connection or not, I’m just beside myself with joy that he is putting things together. Babbling and making sounds will keep going for a while, but he is turning in a chatty bug, and I could carry on a conversation with him all day. 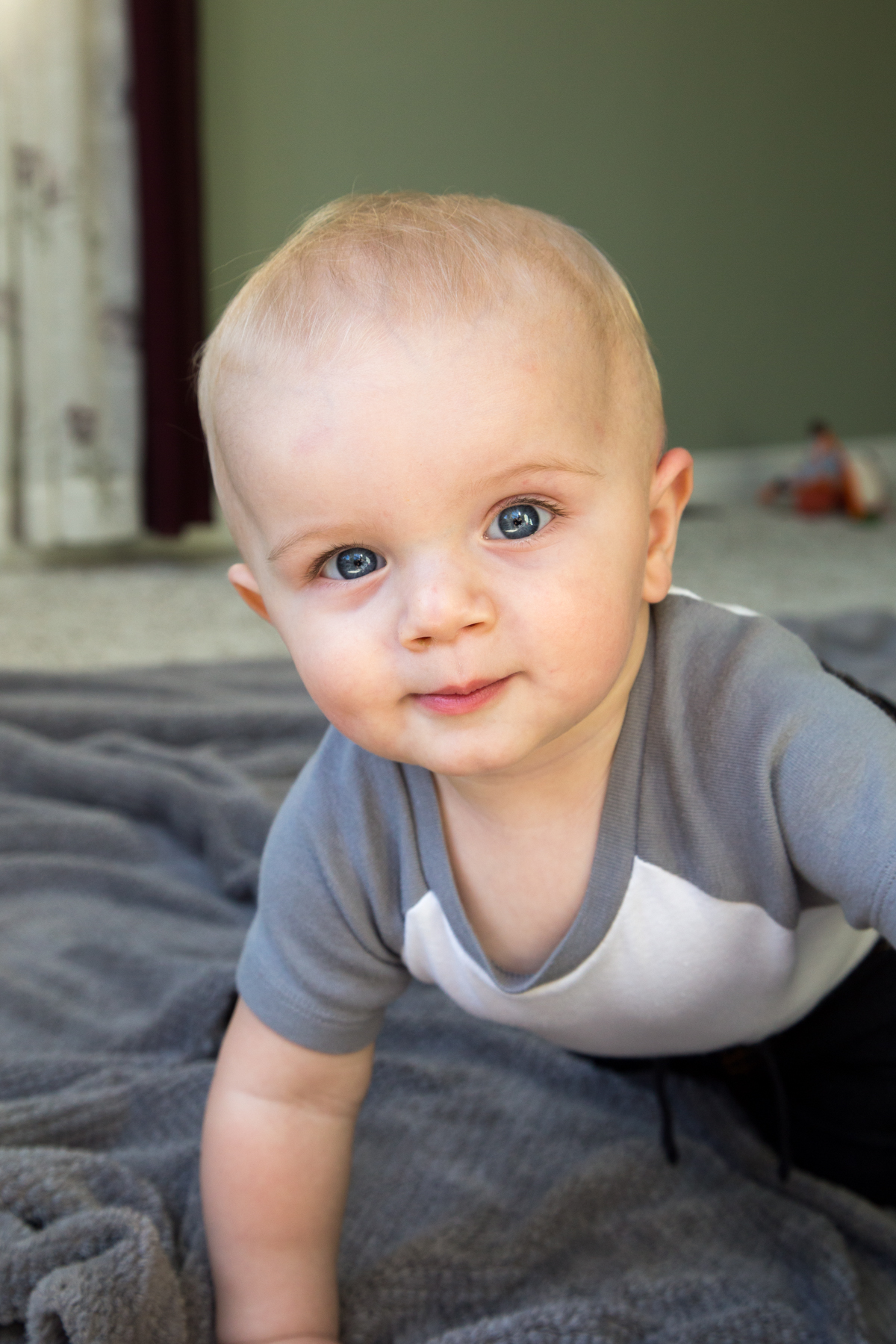 Emmett’s awareness of those around him is also growing, and while we knew that stranger danger was a thing, a reluctance and bashful streak is taking hold. When new people, or even family that we don’t see everyday, see Emmett he is initially reluctant to go to them, wanting to hold tight to me and nuzzle into my neck with a bashful smile and cuddle as he warms up. Handing him over to someone too soon, or before Emmett has made up his own mind only results in tears of epic proportions. I feel compelled to reassure those who know and adore Emmett that he just needs a few more minutes, and I want him to know he is safe no matter whom he is with. Even at 11 months, I want him to have license over who he decides to cuddle with, love and spend time with, on his own accord. This is such a departure from even my childhood, when birthday spankings were a thing, or you hugged every adult. I hated being the center of attention, I despised birthday spankings even though I knew full well they were jokes, and I wanted to take my time and dole out affection on my terms. Being ever more cognisant now, and as a mom, I want to make sure Emmett is given the choice to love whomever he wants, as he is comfortable. He is proving to be a very sensitive boy who loves to be loved (yay, mom hugs!), but if he wants to selective as well, he is allowed. I want to encourage his trust in those around him and his family, but taking a few more minutes to develop that warmth on his own is okay with me. 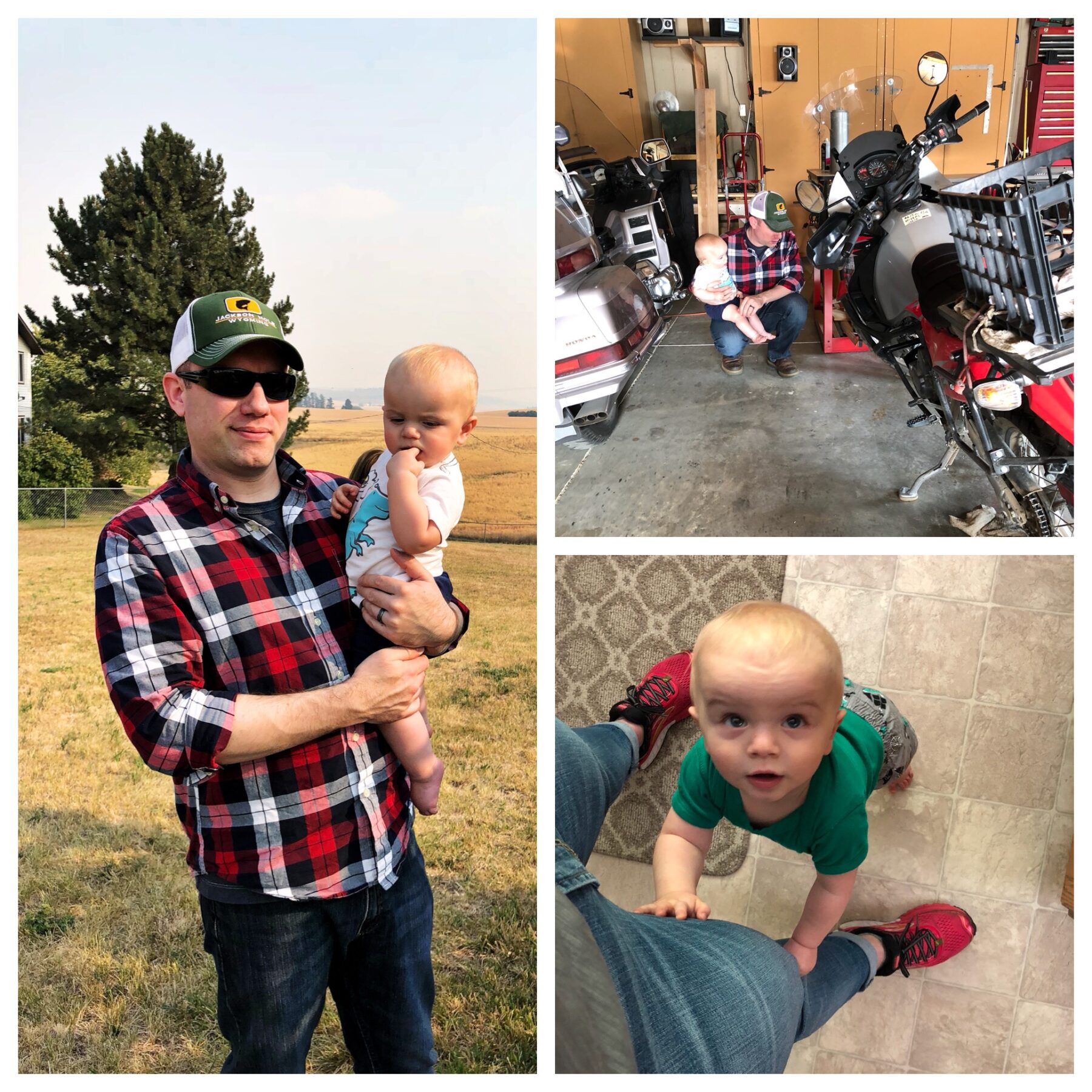 We are mere weeks away from his first birthday, and while I would have thought a year ago that I couldn’t wait to plan it, the faster it approaches the more reticent I am to actually do the planning, as if in some way it would stop time and allow us to stay in this realm of babyhood a little longer. No matter what, we can’t stop time, and I will keep planning it, celebrating with those we love and who love our boy.

Because one year down, and so many more to go. If every year is filled with as many joyous memories as our first year with this little game changer, it will be one hell of an adventure.