Never run to the fast food joint when you can make these crispy, flaky, BAKED, easy copycat McDonald’s Apple Pies at home with a few simple ingredients! 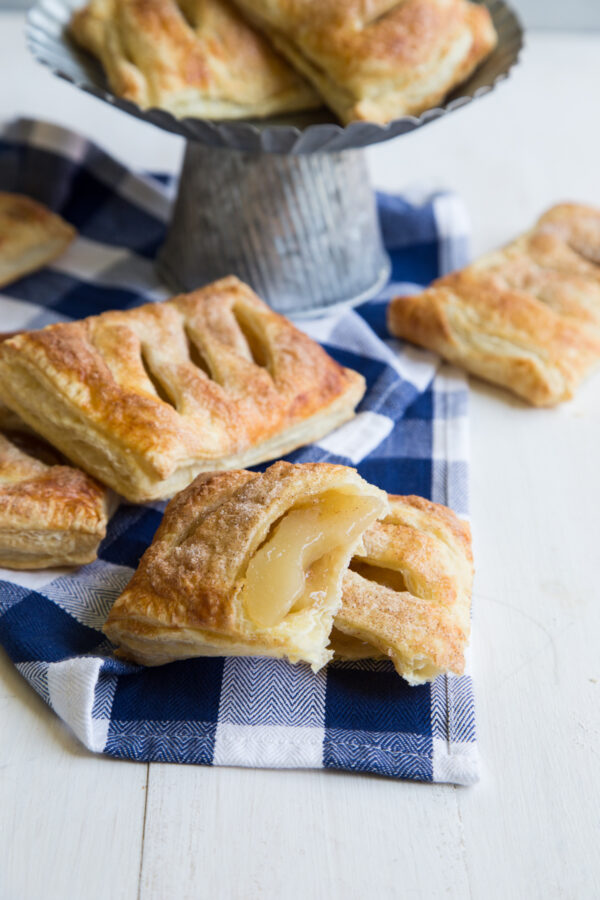 When we moved into the house my mom did all of the unpacking of the kitchen. She organized, unloaded, staged, and uncovered the deep dark secrets of our apartment living life when she found out that we had 5 previously unknown cans of pumpkin, 4 jars of pasta sauce, 6 packets of oven sauces for easy week night dinners, and 3 cans of canned pie filling. *hands over eyes*

Living in the apartment meant every square inch was taken up, and often we would throw things from the store in wherever they would fit, usually not taking into account our inventory of food stuff before I went to the store and bought one more jar of pasta sauce “just in case”. Eye roll.

Our freezer was much the same with frozen pie crust and puff pastry, too. Whoops. 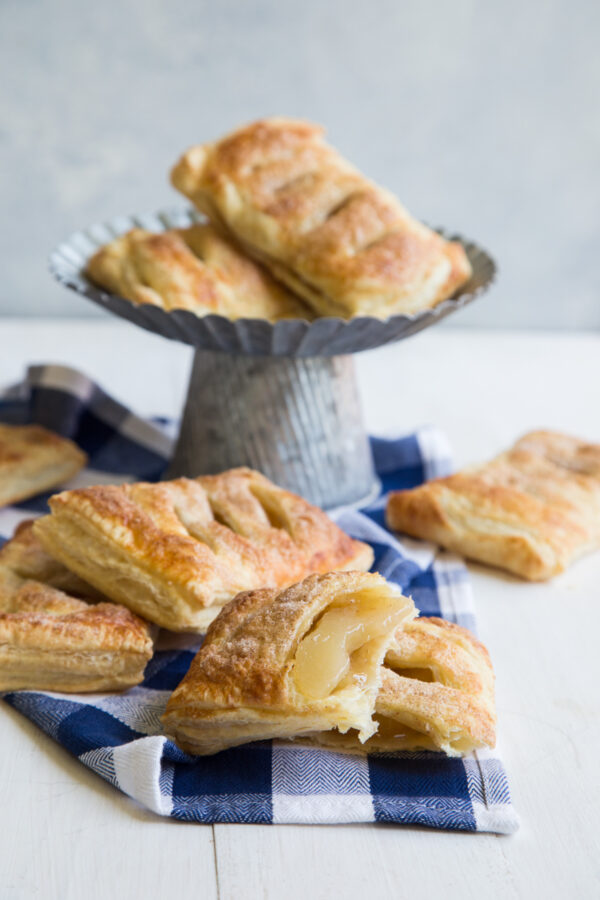 So these easy copycat McDonald’s Apple Pies are as much necessity of widdling down our stores of extra food as they are necessity to consume as many sweet treats as I can get my hands on.

Embarrassingly enough I’ve eaten more fast food this pregnancy than I had in the previous three years combined. Meaning if I can make something at home, slightly better for me than the lackluster, deep fried version of my favorite apple hand pies, than I will take it! And I can tell you – these are MUCH better than their itty bitty $1 fried counterpart. 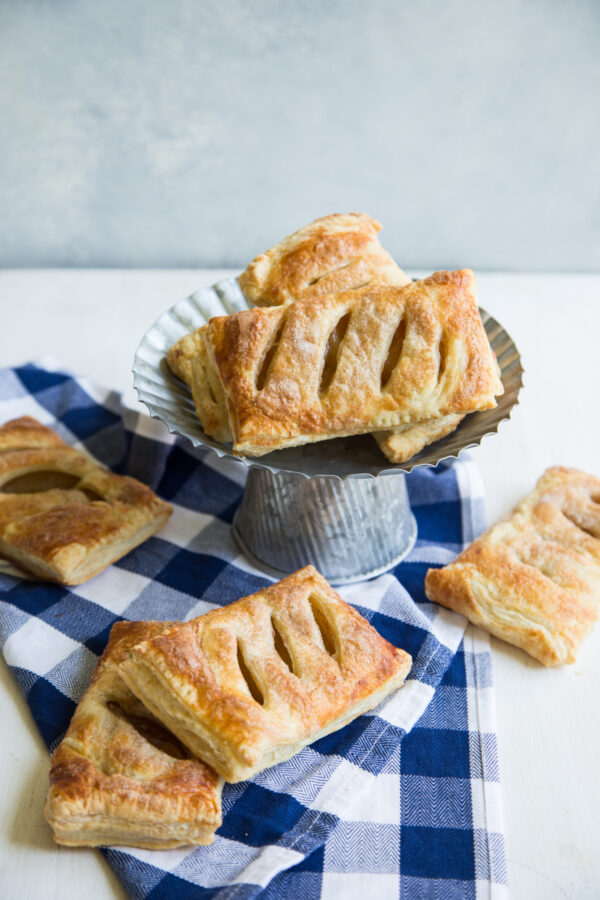 Preheat oven to 375 degrees. In a small dish, mix together the sugar and cinnamon. Set aside.

Bake for 13-15 minutes, or until the pies are deep golden brown. Set aside on a wire rack to cool slightly before eating.

This site contains affiliate links, if you make a purchase through them, we receive a small commission.
30 Minutes or Less Appetizer Baking Breakfast Dessert Fruit Homemade Recipes