Life may have gotten in the way this weekend, allowing my raisins and bourbon to sit in their jar for two days instead of the one that was required. This is not sad, since they soaked up that booze and smelled delicious. And gosh did they taste wonderful, spicy and zingy.

This recipe took the top prize at my office’s throwdown a couple weeks ago and I’d been glowing over it ever since. It’s very simple, pretty quick to whip up and a definite crowd pleaser. 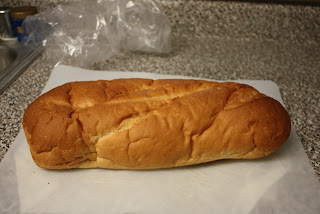 And look – the bread made it in my apartment without half of it going missing! Yay me!
I took a knife to it to cut it up into small 1 inch squares. Some were bigger than others, but you know rough cuts work just fine. 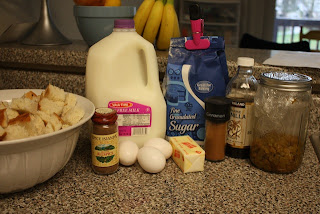 Here’s my full cast of characters, including the two day old soaked raisins in the 1/3 cup bourbon.
For more details on this click Here! 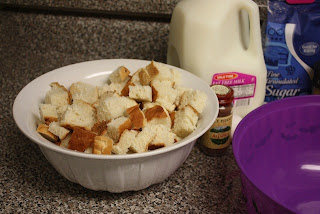 After all the bread was chopped up, I realized that this bowl was clearly too small, so I switched it up to the comically large Halloween candy dish. Don’t judge. 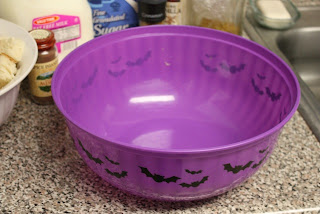 It was a dollar at Target, I couldn’t pass it up. 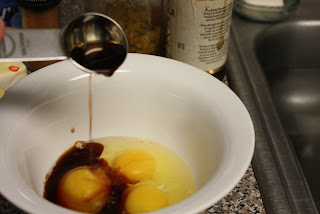 In a separate bowl, I combined the 3 eggs, vanilla, 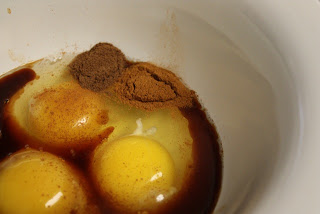 allspice and cinnamon, whisking throughly until it was no longer gritty from the undissolved sugar. 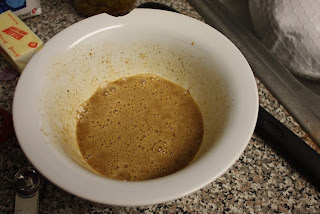 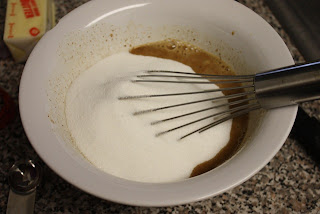 Set this bad boy aside until you’re ready for the pour into the bread. 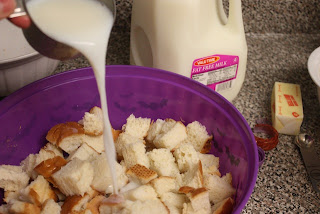 Here’s the comically large bowl and bread getting saturated in milk. Take a large spoon and fold the bread over again until most-to-all of the milk is soaked into the bread. 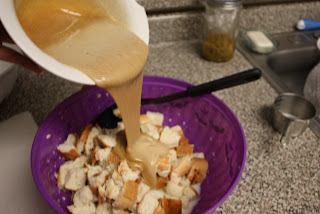 And when you’re ready fold the egg/sugar/vanilla/spice mix into the bread. 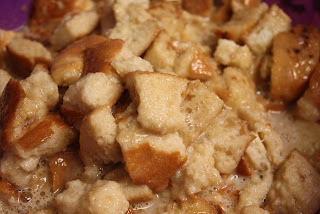 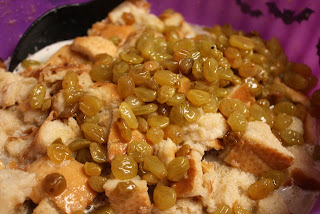 Ahh! Don’t forget the raisins, what a tragedy it would be to forget them!
Take in that soggy deliciousness. 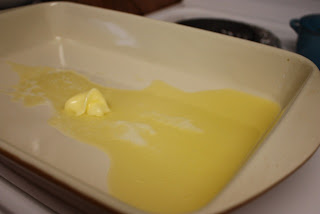 Just before you dump it all in, pour your 2 tablespoons of melted butter into a 13×9 inch baking dish and coat the dish throughly. 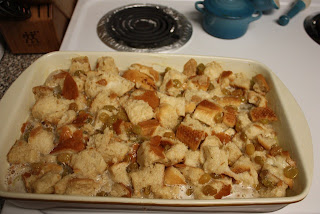 Here it is, all poured in and ready to bake. Try not to drool all over it.
Bake this bad boy for 40-45 minutes at 350 degrees. Try as hard as you can NOT to dig in immediately after pulling it out- it will only end badly for your esophagus – I learned this the hard way with a blistered gullet and an inability to eat or breath properly for days. But it was SO Good!!
But don’t worry – we’re not done yet. Now it’s time for The Sauce. And sauce it is, of the boozy persuasion.
For this you will need,
~ 1/2 c. butter
~ 1 c. sugar
~ 1 egg
~ 1 cup bourbon 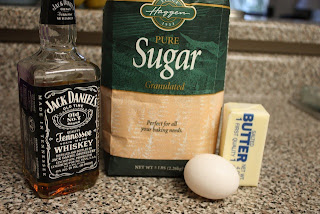 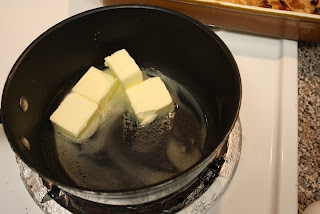 Melt your butter in a saucepan, 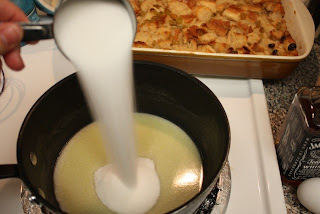 combining the 1 cup of sugar over medium heat. 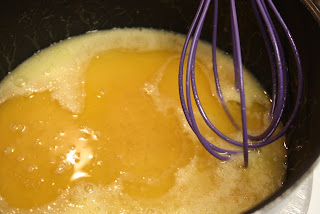 Whisk in your egg and last but not least your bourbon.
Heat this until it begins to thicken up, but don’t let it come to a heavy boil.
Pour it over a slice of bread pudding and go to town. You won’t regret this. 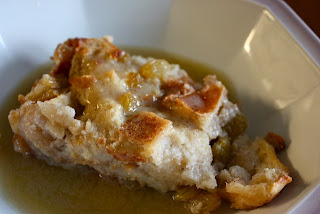 This site contains affiliate links, if you make a purchase through them, we receive a small commission.
Baking