Home » Recipes » An Evening Romp with the Pup

An Evening Romp with the Pup

Seeing as the Huck-man and I don’t live in the country anymore, we don’t have too much room to roam and romp during the evenings. But the one place we do have is Marymoor. Before the dark descended over Seattle, I rushed home and loaded up The Dude to take him to the park.
It is the Mecca for East-side dogs, where they can run, swim, pee on everything and general tucker themselves out after their days of being cooped up in various apartments and developments with dinky or non-existent yards.
And boy does he love it there, and I do too – who am I kidding. 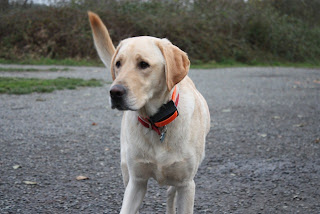 He wandered as per us, scoping out the doggie scene. 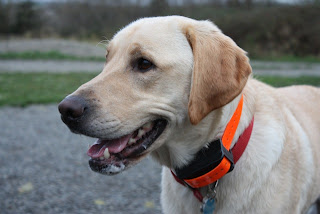 And after a good search – he found a friend. 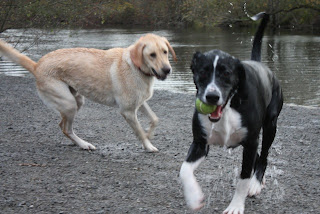 This is Leroy. They ran, they swam and stole eachother’s tennis balls. I’ve never seen two pups more evenly matched – equally dorky, overly exuberant, and just two of the cutest boys Ever.
No – I’m not biased about my dog, why do you ask? 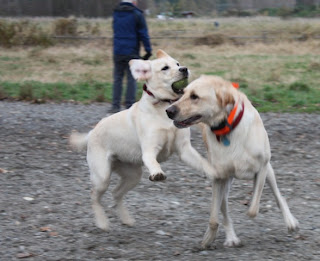 And after a long play with Leroy, Huck was outright bombarded by the younger female version of himself named Ali.
Huck was, and quite possibly still is that obnoxious pup that wants everyone to be his best friend. It was good for him to get a taste of his own medicine, running away from the silly puppy version of himself. Sucker.
On a side note: If dogs take after their owners, does he take after me with the obnoxious friend seeker thing? Oh dear…
Oh well, you’re still reading so you must like me enough. 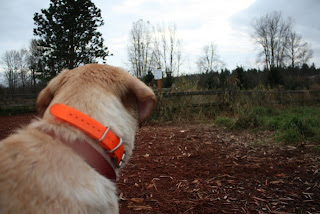 But after a good hour of running and playing we were both ready to get home, and warm. Cause geez it was cold. 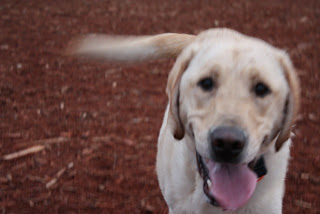 Thus ending our evening romp.
This site contains affiliate links, if you make a purchase through them, we receive a small commission.
Recipes

One comment on “An Evening Romp with the Pup”