Home » Baking » Put the Lime in the Coconut

Put the Lime in the Coconut

And I drank ’em both up…or nommed them both down, as it were.

Last night as I was actively tried to avoid finishing the rest of my workout DVD’s, I opted for cleaning the apartment, walking the dog in the pouring Seattle rain, and then cleaned out my freshly stocked fridge. As I rummaged through the beleaguered shelves tossing items to and fro I stumbled onto the rest of my silky key lime curd that had somehow managed to dodge me and a spoon both pining for it’s demise. What ever should I do with such deliciousness. It was time to put up or shut up – use it or toss it. 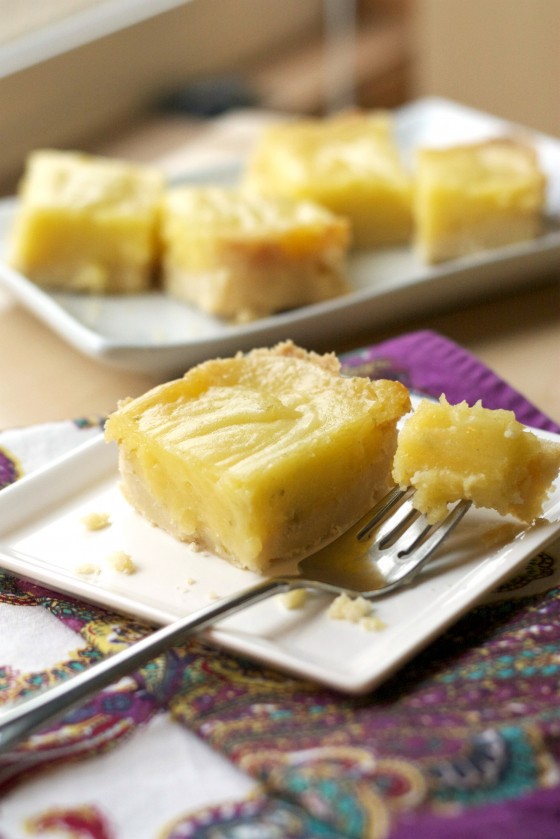 I opted for using the remains of the curd, as any frugal cook who makes something and refuses to waste a bit of it would. But this trendy on frugality only extends to food. When I’m at the tail end of a bottle of shampoo or tooth paste I’m perfectly content to round file the last bits in order to obtain a fresh batch of product. And it drives my beloved up a wall. Poor man.

But with a full 2 cups of curd to use, I decided it was best placed in a short bread crust and baked into zesty submission. Key Lim Bars, well sure if you don’t mind! What might make that better though? A little coconut! Of course! Who do you think I am?

Into the shortbread crust went an addition of 1/2 cup of coconut shreds, just to seal the deal on the tropical flair. Using the basis for Cook’s Country‘s Lemon Bars, I went to work. Bars have never been easier. Since I already had cooled curd to use, I was able to save a lot of time.

But if you’re making this from scratch begin by making the Key Lime Curd according to directions and allow to cool.

After preheating my oven to 350 degrees, I combined 1 1/2 cup flour, 1/2 cup butter softened and cubed, 1/2 tsp salt, 1 cup sugar and 1/2 cup un-sweeted coconut shreds into my food processor. The mixture was pulsed until it began to resemble a coarse meal. Next it was pressed into the bottom of an 8×8 inch pan and baked for 15 minutes, rotating in the oven half way through the process to evenly bake.

Once done baking, fill the shortbread shell with the slightly cooled curd. Return to oven and bake an additional 30 minutes. Wham Bam Thank you Ma’am! Allow to cool for two hours and then devour. The guys at work at these in three hours flat. Okay, fine. I helped – devouring two. What? They’re freakin’ tasty! Don’t judge. Go make them for yourself and see if you can resist them. 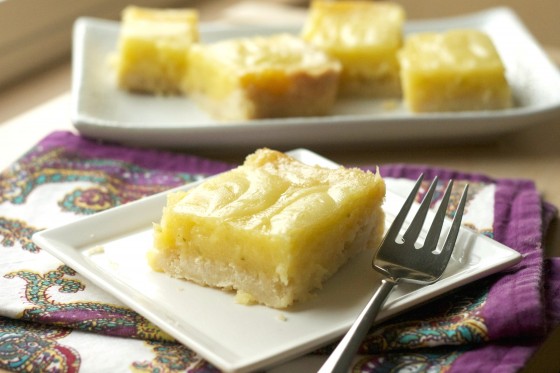 This easy dessert has a tropical flair, with Key Lime curd atop a coconut shortbread crust.

This site contains affiliate links, if you make a purchase through them, we receive a small commission.
Baking Cookies Dessert Recipes

18 comments on “Put the Lime in the Coconut”